You are here: Home / Life Dorkage / 5 things to do and see at Hyper Japan

Hyper Japan, the UK’s biggest J-culture and anime convention, opens its doors for its fourth year this weekend. Earls Court will be a veritable goldmine of all things Japan, with shopping, a game and anime park and food and drink demonstrations amongst all the things you can do over the weekend. It’s… a jam-packed schedule to say the least; there’s plenty to see, do, buy, eat and be completely amazed by.

So, because we love you, here’s are a couple of Hyper Japan to-dos that might tickle your fancy – and if you go, don’t forget to visit huge amount of shopping stalls, of course.

The games and anime park

Gamers are definitely well-catered for, with an area where you can discover and play the latest games before anyone else – Nintendo’s representing big time, taking to the stage on Saturday afternoon to present lots of new titles for the Wii U and the Nintendo 3DS.

If you’re big on anime and manga, then you can no doubt find something that’s fit for your interests in the anime and manga area – books, merchandise, DVDs, figures… It’ll probably be hard not to get completely lost in all the awesome. 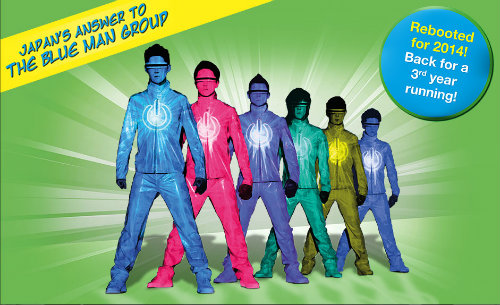 SIRO-A were a hit at last year’s convention, and they’re back to perform this year. SIRO-A is a Japanese performance group, whose performances make creative use of light, sound and choreography. They’ve been around for over a decade, managing to win the Spirit of the Fringe awards at the 2011 Edinburgh Fringe.

If you’re wondering what they’re like on stage, check out this video from their appearance at TEDxTokyo. It’s… rather spectacular.

An entire area dedicated to stylish, creative and cool street fashions of Japan. It’s a chance to discover what’s hot on the streets of Japan, as well as to check out Harijuku Kawaii!! – ASOBISYSTEM’s fashion projects and cultural events, drawn from the best of Tokyo’s street styles. Named for the district of Tokyo which is the centre of their street fashion culture, Harajuku Kawaii!! is going on a world tour in 2014, and Hyper Japan is their first stop.

He’s a ninja, he knows amazing tricks and he’s performing on stage. Just watch him.

I think you’ll agree that this is amazing.

And that’s just skimming the surface of the many – and I do mean many – things going on at Hyper Japan. If you’re keen on going, it starts today (as in it’s going on right now) and you can get tickets on the Hyper Japan website. There’s tickets available on the door, but you get faster entry if you’ve bought a ticket in advanced. You can buy tickets to the Sushi Awards and the Sake Experience in addition. A full list of exhibitors is on the website!

Hyper Japan runs all this weekend, at Earls Court One, Earls Court Exhibition Centre, London. If you’re curious about what the convention is like, here’s a video from last year’s edition.