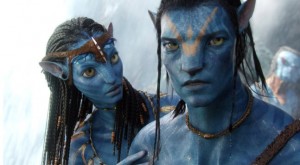 Officially, James Cameron’s magnum opus Avatar is now the most successful film ever made. Having pulled in more than two billion dollars, the blue meanie crushed the previous residents of the chart, in a manner that runs a little contrary to its messages of love and cultural tolerance.

But many reading this may question whether it’s a deserving victor. After all, there are films out there with more ambitious storylines, better acting and less rare elements called “unobtanium”. Yet none of them are currently trouncing the competition by millions.

But to complain about how there are ‘better’ films out there for the position is to miss the point of what makes something successful, which isn’t the same as being good. The previous record-holder was Cameron’s own Titanic, despised by armchair film critics everywhere.

(Including me. I hate that thing. It only gets slightly good when the boat finally hits the iceberg.)

Titanic, though, knew its audience. It realised that the historical detail had to take second place to its primary task of telling a straight-forward love story. Similarly, The Dark Knight greased its way to millions by combining the superheroism with crime movie tropes.

And Avatar, let’s be honest, is no different. It has sci-fi bits and bobs scattered throughout, including the intriguing body-swapping. However, despite being featured in the title, that idea is quite unexplored in the film, in favour of the culture clash-love story-Pocahontas aspect.

It may sound as if I’m complaining, but I can see the logic behind not spending untold millions on something that will appeal only to hardcore dorks like ourselves. After all, more nerd-friendly blockbusters like Spider-Man and the Lord Of The Rings trilogy did alright, but it took the comfortable pandering of Avatar to topple Titanic.

And, aside from all of that, at least it’s a proper film, y’know? Not a sequal, spin-off, romantic comedy or adaptation of something silly. A property developed for cinema and, regardless of the script’s much-discussed weaknesses, with a strong direction, vision and use of technology. It could have been a Pirates Of The Carribean sequel or some other internet hate figure.

Not to mention, if you’re a hardcore cinema-lover, Gone With The Wind is still number one if you adjust the figures for inflation.