You are here: Home / Opinion / Day at the races: Monster Trucks at the Santa Pod Raceway

I’ve always been a big F1 fan. I love the way the teams work together and the impact the strategy can have on a race, it’s about so much more than just a fast car. 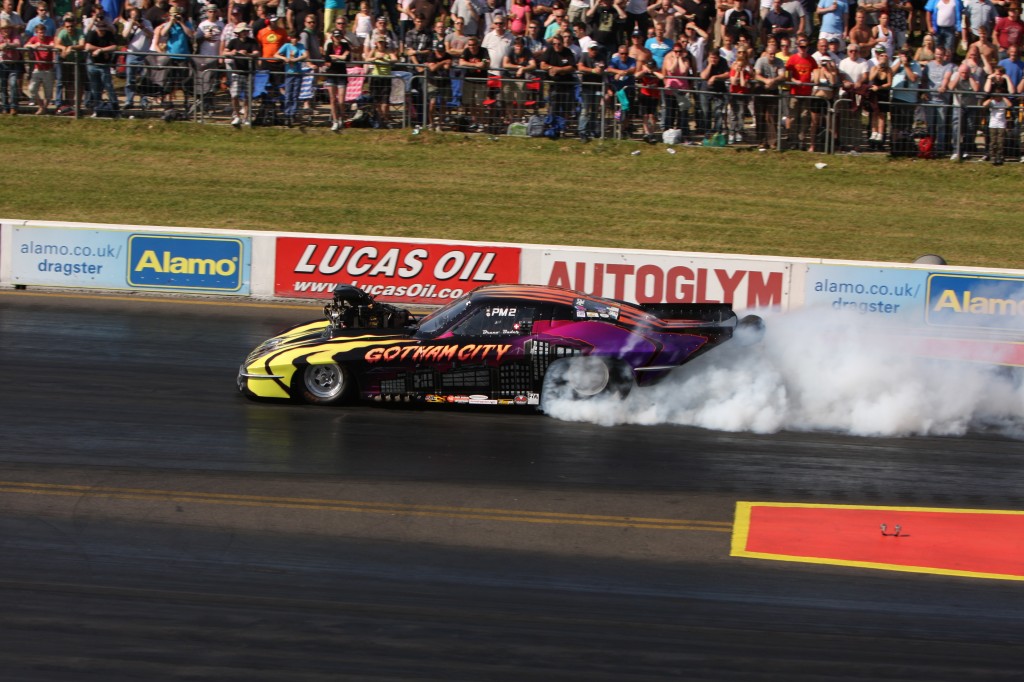 My husband has often spoken about Drag Racing and how exciting it is but to be honest, it kind of seemed a bit pointless to me. Where’s the strategy? Land speed records are fine but as a sport it just didn’t really appeal.

So when Simon got us tickets to go to the European Finals at Santa Pod Raceway the only thing that sold it was the Monster Trucks (obvs).

While I wasn’t really that bothered about the racing to start with, I have to admit the sound of the cars did make me want to dance (I know, weird).

Walking through the complex I even started singing along to Journey with added pretend mike and air guitar (yup, my other half may never take me anywhere again).

The whole event was really accessible; what struck me most was the number of kids and families along for the day. And it wasn’t just in the fair ground, which was actually pretty empty, they were up there in the stands, sitting along the verge, clapping and shouting with the crowds.

My dad’s an HGV mechanic so I was brought up around big trucks and tractors, especially during the summer where I would be allowed to go to the MOT centre with dad to keep him company. I’ve always been interested in how things work so to walk round and see all the teams openly tinkering with the cars was amazing. 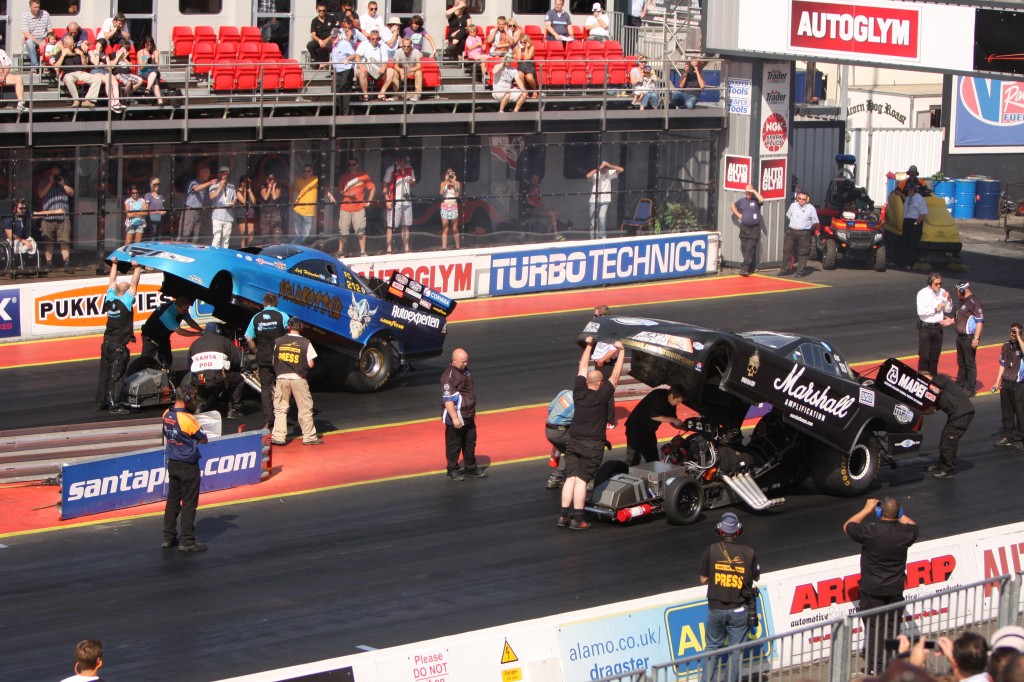 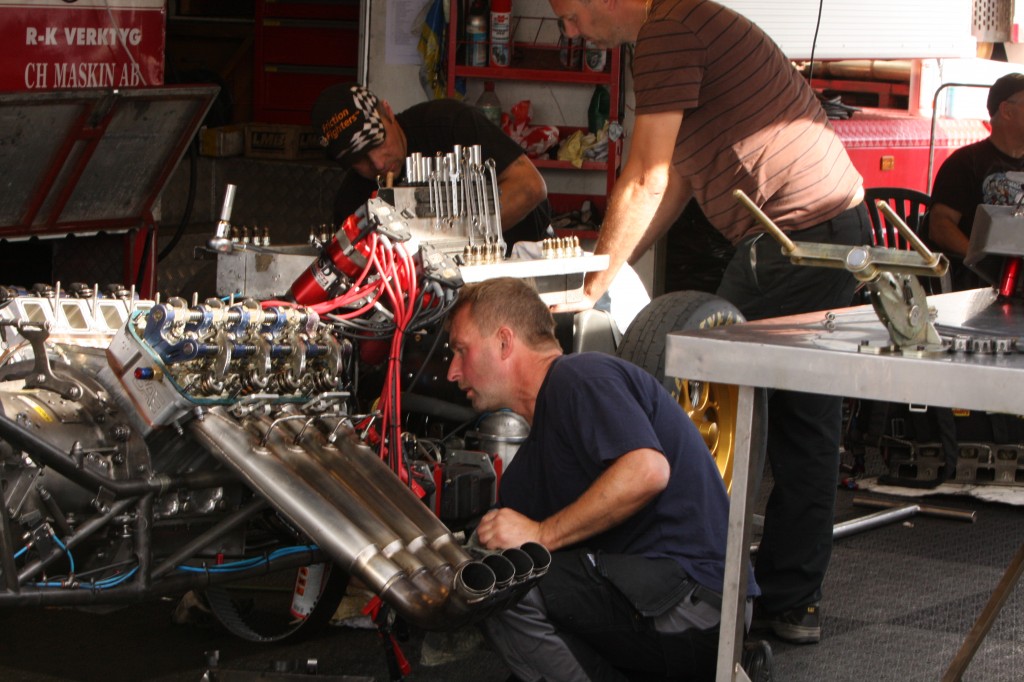 What also lifted my heart was seeing how many young girls were there (I smiled at them knowingly, I’ve been there amongst the diesel and the boys). There were many women on the teams as well as a woman winning the European championship (I cheered, a lot). What a great thing for more girls to get involved with! 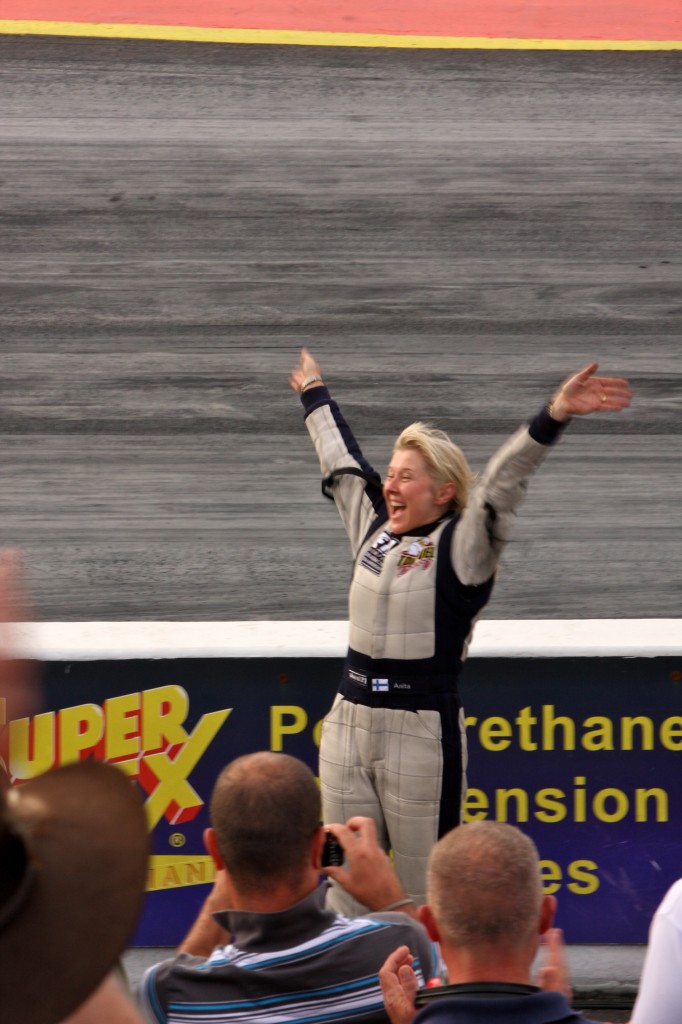 If you’re not a convert yet, check out my race videos for a glimpse into the sport (worth it for the wacky races style cars alone!)

(Pics courtesy of my friend Paul)