You are here: Home / Film + TV / Five Old School Doctor Who Companions You Need To Discover

Time for a little history lesson.

We all know and love The Doctor and his colourful adventures, from 50s Britain on the eve of the Coronation to travelling with a dinosaur on a spaceship. And of course, we all know his trusty companions, from blonde badass Rose Tyler to the impossible Clara Oswald. But how much attention do we pay to the past? How many of the original companions can you come up with?

If you can’t come up with any, never fear. Here is a little primer on five classic companions you need to know about. 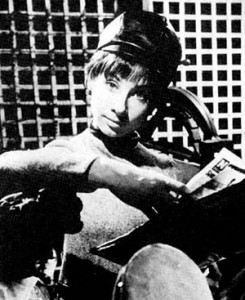 The First One : Susan Foreman

Introduced in the first episode of the first ever serial An Unearthly Child (1963), Susan Foreman seems like your classic all-British schoolgirl. But her teachers Barbara and Ian cotton on to her unusual demeanour and her vast knowledge of science and history. When they follow her home, they’re shocked to find she lives in a junkyard with her grandfather. And she’s an alien. And so is he. And they’ve been travelling through space and time in a time machine Susan has dubbed the TARDIS.

Although she wasn’t technically a companion (seeing as she was The Doctor’s granddaughter),  Susan Foreman stands out as the one that got the ball rolling, along with her teachers-turned-companions Barbara Wright and Ian Chesterton (Jaqueline Hill and William Russell).

Susan leaves the TARDIS in The Dalek Invasion Of Earth (1964), becoming the first companion to do so after 51 episodes.

More about Susan Foreman and her adventures on Wikipedia. 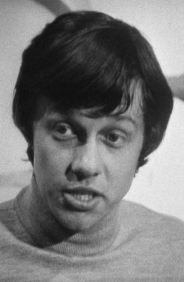 The Longest Serving One : Jamie McCrimmon

Played by Frazer Hines, Jamie McCrimmon has the bragging rights for being The Doctor’s longest serving companion. First appearing in The Highlanders, Jamie, the son of a piper, joins the TARDIS team at the suggestion of then-companion Polly. He continues to travel with the Second Doctor up to the point of his regeneration, where he and co-companion Zoe Heriot are sent back to their own time with all memory of The Doctor wiped.

In his time, he encountered Daleks, Cybermen, ran into the Yeti in the London Underground, proved to be a protective friend towards both Victoria and Zoe and left a lasting impression on The Doctor, so much so that in the 2006 episode Tooth And Claw the Tenth Doctor gives out the name James McCrimmon as his alias, adopting a Scottish accent for good measure.

More about Jamie McCrimmon and his adventures on Wikipedia. 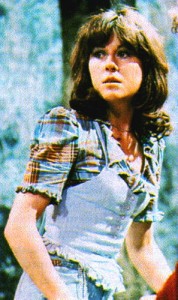 Investigative journalist Sarah Jane Smith first appears in The Time Warrior (1973), a Third Doctor serial. Swung from infiltrating a secret research facility to battling a Sontaran in the Middle Ages, Sarah Jane decides to accompany the Third Doctor on his journeys, sticking with him even after he regenerates.

After leaving the TARDIS, Sarah Jane returned to the classic series in 1983’s The Five Doctors, where she reunites with the Third Doctor and meets Doctors one, two and five. A new generation of fans was introduced to Elizabeth Sladen‘s timeless companion when Russell T. Davies cast her in the second series of the revived show.

In School Reunion (2006), Sarah Jane meets the Tenth Doctor and then-companion Rose Tyler. It is revealed she is still working together with robot dog K9. The four combine forces to defeat an alien trying to cause havoc in a school. The success of this episode lead to the creation of The Sarah Jane Adventures, her own spin-off show. Sarah Jane returned several times after that, as well as continuing to explore in her own television show, until after the death of Elizabeth Sladen in 2011, the last series being broadcast posthumously.

Sarah Jane Smith left the original show in The Hand of Fear (1976). However, her legacy lives on in the hearts of many fans, and most of all, The Doctor himself.

More about Sarah Jane Smith and her adventures on Wikipedia. 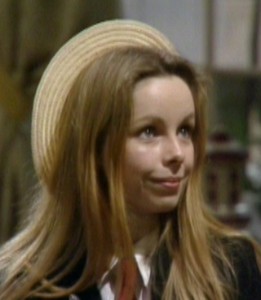 First introduced at the start of the Key to Time series (linked serials constituting the whole of series 16), Romana is assigned to assist the Doctor by the White Guardian. In stark contrast to her predecessor Leela, Romana is arrogant, icy and looks down on The Doctor (her supposed intellectual inferior). But in due time, she begins to warm to him and starts to respect him for what he is. At the start of series 17, she regenerates, as actress Mary Tamm left the show to make way for Romana II, Lalla Ward.

Lalla’s (who in real life carries the title The Honourable Lalla Ward. No really.) incarnation of the Time Lady was softer and more intimate with The Doctor. Rumours around that time were of a budding romance between the two characters, amplified by Tom Baker and Lalla Ward’s real life relationship, which blossomed during the production of 1979’s City Of Death.

After a three year stint at The Doctor’s side, Romana departed from the TARDIS in the serial Warrior’s Gate. She chooses to forge her own path in life in the parallel universe of E-Space.

More about Romana I and II and their adventures on Wikipedia. 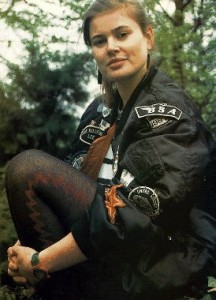 16-year-old Ace, a wayward young woman who is working as a waitress on the planet Svartos. She was transported there after a science experiment she was conducting in her room went completely haywire. At the end of her inaugural series Dragonfire (1987), then-companion Mel Bush leaves the TARDIS and Ace takes her place, travelling home to Perivale with the Seventh Doctor (via “the scenic route”).

Along the way, Ace encounters Daleks, Cybermen, the Gods Of Ragnarok and, intriguingly enough, the ghosts of her own tortured past. She grows into a more confident woman, unhappy with The Doctor’s manipulations, but still endeared to him. She even playfully nicknames him “Professor”.

Unfortunately, during Ace’s tenure in the TARDIS, the series went on hiatus. The next time we saw the Seventh Doctor, in the 1996 TV movie, he was travelling solo.

More about Ace and her adventures on Wikipedia.

You can find more Who goodies by clicking on our Doctor Who tag!