Last summer, a group of lesser known superheroes banded together to take the box office by storm, with decent results. (Well, except Green Lantern.) But this year, the big boys are back to show them how it’s done. I’m talking about Avengers Assemble, The Dark Knight Rises and Amazing Spider-Man, of course.

So will this be another summer of superhero domination? Or is their time finally ending?

Starting off the season, launching in the UK on Wednesday 26th April and the US a week later, it’s Marvel Avengers Assemble (or “The Avengers” if you prefer), putting together Captain America, Thor, Iron Man and more into one movie. If that wasn’t enough geek cred, it’s being written and directed by Buffy and Firefly creator Joss Whedon.

Let’s be honest, if you’re on this site, there’s a moderate-to-good chance that you’re planning to see this film. It may not break records, depending if the mainstream audience go for it, but it’s going to get the fans in. The reviews have been pretty positive, so we’ll see.

And for me, a film where Robert Downey Jr’s Iron Man spouts banter by Joss Whedon is worth seeing just for that. 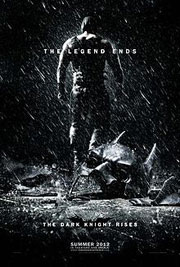 Out on July 20th, the third and final episode in visionary director Christopher Nolan’s Batman trilogy, the sequel to one of the biggest films ever made. It’s hard to say whether this or Avengers will struggle with the weight of expectations more. Of course, third movies in major superhero franchises have struggled recently (yes, X-Men: The Last Stand and Spider-Man 3, I do mean you), but if anyone can break the pattern it might be Nolan.

The trailers have been typically obtuse, we’ve had reports of new villain Bane (Tom Hardy) having his voice muffled by a heavy metal mask, but I have faith this will be an interesting, thoughtful superhero film, a suitable counterpoint to the multi-coloured bang-bang in Avengers.

Could Dark Knight Rises ever be as good as we want it to be? Maybe not, but the idea of a superhero getting a decisive ending for once is intriguing. 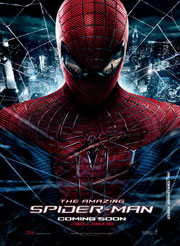 I mentioned Spider-Man 3 earlier, and now here’s the non-sequel, arriving on July 3rd. A relaunch of the franchise, hoping to do for web-slinging what Batman Begins did for bat-roleplaying, it’s Marc Webb’s Amazing Spider-Man, featuring The Social Network’s Andrew Garfield as Peter Parker.

That is pitch-perfect casting, by the way. Garfield has fresh-faced everyman written all over him, and getting Martin Sheen (President Bartlet of The West Wing) to deliver inspirational quotes as Uncle Ben is another winning move.

The trailers have been criticising for looking overly grim and angsty, and maybe Spidey isn’t the character to go whiny with. Not to mention, a relaunch presumably means another prolonged origin sequence, not long after we last saw it with Tobey Maguire.

So Spider-Man a bit of an underdog, but I’ll be seeing all three regardless. As long as at least two of them are good, that’s a decent return. After four films worth of build-up, it’d probably be damaging to the American economy if Avengers turned out to suck. So, what are your expectations for these heroes? Which film are you most or least excited for? Brief us in the comments!