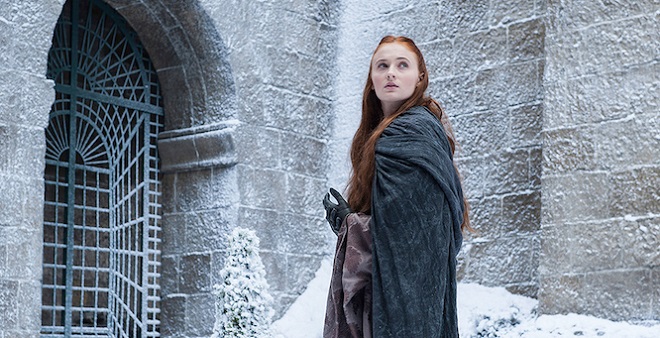 Game of Thrones is known for a few things: sex, violence, pointless nudity, witty banter, sudden character death, intrigue and advancing plots along in tiny increments, keeping a whisper ahead of audience boredom. And this particular episode, if nothing else, hit all these sweet spots.

It didn’t necessarily commit to any of them, but it definitely had a wide smattering of Game-of-Thronesyness. Spoilers follow.

“What do you mean people didn’t like me saying they should all have died?”

The episode was so broad and scattered, moving people along their storylines a little way without any of them really exploding, it’s hard to pick a headliner. Tyrion’s plight gets the most scenes and provides Peter Dinklage with more prime acting opportunities. Particularly enjoy his face-only emotional display during Oberyn’s speech at the end.

And speaking of Oberyn, I love that guy. First new Thrones character since Dianna Rigg’s Lady Olenna to leap up my list. Looking forward to seeing him fight the Mountain.

Gotta feel sorry for Tyrion during that Bronn scene though, and it only hurts more because their relationship is so entertaining. But as often is the case in Thrones, hard to ignore how much he brought it upon himself. Curse their moral complexity.

“You’re like a daughter to me, and I mean that in a really Game of Thrones way…”

Meanwhile, in the Eyrie, Littlefinger is moving towards fullscale villainy with speed. His murder of Lysa was sad but inevitable, while kissing Sansa after his little speech about how she could’ve been his child really piled up the creepiness. No Game of Thrones baddie is complete without that edge.

Still seems likely that his me-so-clever scheming will come undone when he comes up against the bigger, scarier bad guys. Nonetheless, he’s been such a dick lately, I’m looking forward to seeing it.

And the more evil Littlefinger gets, the more Irish he becomes. Odd.

I should call this bit Other. Lots of characters make advances in their plots this week, getting them into place for the last few episodes. I assume the Hound’s wound will be important, along with Brienne’s move towards the Vale. (Did love her chat with Hot Pie though.)

Over in Nudity Corner,  Melisandre returns to tease some big Thing she’ll be doing in the near future, while Daario and Dany sleep together and Jorah is unhappy. No nudity at the Wall, and not much incident either. Even a flash of flesh couldn’t hide the fact these were not the exciting parts.

In short, a fair few enjoyable scenes, but in the grand scheme of things, this is definitely a Game of Thrones episode that covered the aftermath of some stuff and the build-up to other stuff. And now a two week break before we find out what that might be. Brutal.