You are here: Home / Featured / Is FlashForward actually any good? 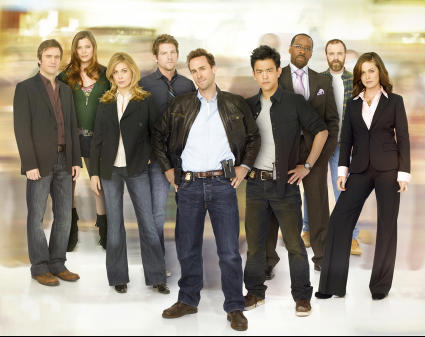 You used to be able to dip in and out of TV shows. Soaps aside, television writers were usually happy to helpfully navigate characters back to where they started by the end of an episode. And if you missed one, unless it was a two-parter, it made no difference whatsoever.

Now if you watch a programme, it’s like a relationship. There’s commitment involved. Lost and I split up after about six months because I didn’t think it had a clear life plan and was basically winging it. Heroes and I are still together, but we’re really just going through the motions at this point, with dead, dead eyes.

All of which is to say: will FlashForward betray you and break your heart?

Ideally, I’d now trigger a vision of myself six months in the future watching the finale to check whether or not I’m smacking myself repeatedly in the head in lieu of putting the remote through the telly. What with physics and all, that’s not really feasible.

So make your own mind up:

FlashForward is on Five on Monday night