You are here: Home / Film + TV / Louis Theroux – Ultra Zionists and Rastamouse: What We’ve Been Watching 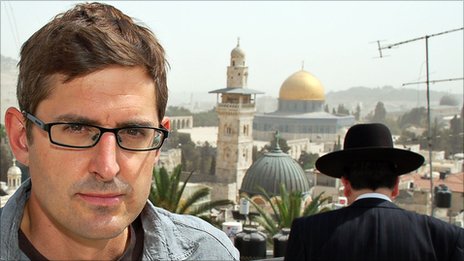 Known for going where even hardened news correspondents would rather not tread, nodding sagely and quietly getting people to reveal more than they ever thought they would, this week Louis Theroux met members of the ultra-nationalist fringe of the Israeli Jewish community who have made their home on the West Bank. As ever with Theroux, it’s fascinating if flawed stuff.

In Louis Theroux – Ultra Zionists, Theroux meets people who believe that, no matter what international opinion might be, the area is of such significance to their Jewish religion that they have an indisputable right to live there. One man trying to help make this happen is Daniel, who facilitates the purchase of homes on the West Bank by Jewish investors.

He speaks of how the previous Palestinian occupants probably had to leave a in a rather ‘low-key’ manner; a Palestinian neighbour takes the opportunity to angrily shout that people have been forced out.

Then there are the four students who have settled in Havat Gilad, their home nothing more than a cramped makeshift shack. Yair has no doubt that he has every right to be there, and is willing to stay in his ramshackle shelter if it means that the surrounding Palestinian areas do not become “another Palestinian city.” “Do you believe that Jews and Palestinians are equal?” Theroux asks. “No.”

Of course, you’re constantly niggled by the fact that these people really are, in Theroux’s own words, “the fringe of a fringe” and as such their opinions are a ridiculously distorted prism through which to view this endlessly complex issue. So in the end the most revealing part of this documentary is probably the footage of the constant low-level (but occasionally fatal) skirmishes that take place two or three times literally every week between Palestinians and members of the Isreali army.The Palestinians protest, the army resists, stones are hurled, tear gas cannisters thrown . “They know us and we know them” says one soldier with a shrug. Violence is an everyday occurrence here — and it can’t leave much room for debate. 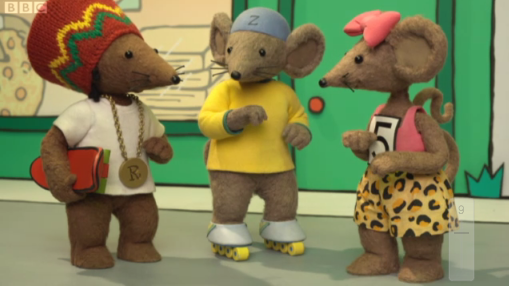 Give it up for the Easy Crew

I’ve no doubt that one of the main reasons this show has really struck a chord with grown-ups is the stop motion animation — it takes us right back to (depending on your era) the Clangers, the Wombles, and as such has such a warm nostalgic feel. But that’s combined with a whole lot of fun and heart on the part of the script too. For the uninitiated, Rastamouse follows the adventures of the eponymous(e — I did a joke) hero, plus Scratchy and Zoomer, aka the Easy Crew, who fight crime by day and indulge in major reggae jamming sessions by night.

Spoken in Caribbean dialect, there are some fantastic lines, my personal favourite so far being: “Zooma, first we need you to design some bangin’ flyers, then Scratchy, we’re gonna need to borrow the president’s plane!” Seriously, what criminal stands a chance when he’s faced with an entrapment plot involving photocopied pamphlets and Air Force One?

Next week, BBC One gives grown-up sci-fi a primetime slot with the start of flagship drama Outcasts.