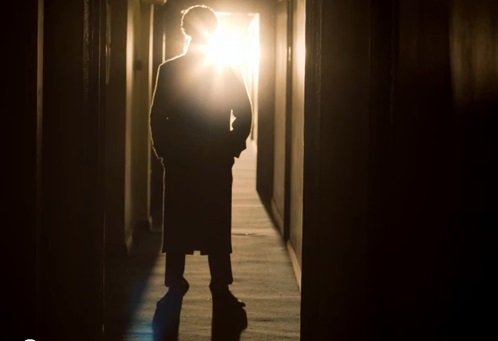 As a sort of “Merry Christmas”/”Sorry we’ve kept you on tenterhooks for two years” gesture, His Holiness Steven Moffat and Mark Gatiss have released a mini-prequel to the new series of Sherlock. It’s called Many Happy Returns… and you can take that message as you please.

A seemingly unconnected string of crimes, stretching from a monastery in Tibet, India and Germany has lead one person to the conclusion that, although Sherlock has been gone for two years, he isn’t dead.

He explains his theory to Lestrade, who is unconvinced by the man’s deduction that Sherlock is slowly working his way back to London, solving a series of seemingly uncrackable cases on the way.

One thing’s for sure… Lestrade, as well as Watson, are in for a big surprise on New Year’s Day.

Sherlock: The Empty Hearse airs on New Year’s Day at 9PM on BBC One.