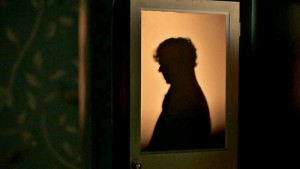 On Friday, BBC One concluded their repeats of the brilliant series two of Sherlock with the by now notorious The Reichenbach Fall (a 90-minute masterclass in how to make a fandom explode). If you were lucky enough to catch the repeat all the way through to the end, then you were in for a treat.

As hinted by several teases on Twitter during the episode, the first teaser trailer for the long-awaited series three aired. And despite the fact that we are none the wiser about as to when it will air and what will happen in it, here’s what we know.

Lars Mikkelsen will play the villain 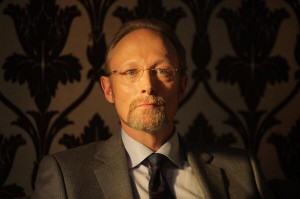 If you were on tenterhooks, wanting to find out what happened to Moriarty… well, you’re out of luck. Without giving away his fate at the end of Reichenbach, Steven Moffat suggested we may not see Andrew Scott’s superb villain feature heavily in series to come.

Indeed, facing up against Sherlock and Watson in series three will be a character called Charles Augustus Magnussen, played by Danish actor Lars Mikkelsen.

The older brother of actor Mads Mikkelsen (Hannibal, Casino Royale, Pusher,…) Lars is perhaps best known in the UK as mayoral candidate Troels Hartmann in BBC Four’s Scandi-crime drama The Killing. And with quality drama like that under your belt, you can bet on it that Mikkelsen will bring his a-game.

The episodes officially have titles

A long, long time ago (at the Edinburgh International Television Festival 2012), Moffat and Mark Gatiss teased us with three words, designed to allude to the content of this series. And granted, “rat, wedding, bow” doesn’t tell us much.

So it’s a relief that the titles for the three episodes have been announced. The Empty Hearse, loosely based on The Adventure in the Empty House, will kick off the series and explain what exactly happened in the moments after the conclusion of Reichenbach. It will also (probably) feature the big reunion between Watson and Sherlock. According to Mark Gatiss, who has written the episode, it will feature less fainting (as in the original story) and possibly a lot more swearing…

The second and third episodes go by the name of The Sign of Three and His Last Vow. Which tells us… well, next to nothing about the content.

Speaking about an infuriating lack of hints towards content, the teaser trailer itself left us none the wiser. The only thing you could possibly deduce is that some time will have passed between the end of Reichenbach and the start of Empty Hearse.

Well, enough time for John Watson to grow that fetching moustache, at least.

So, this is what we know about the third series of Sherlock. It is infuriatingly little, I give you that. Without so much as an air date for the first episode to go on, the only thing that I can leave you with is the much-speculated about teaser trailer. Including shots of the moustache.