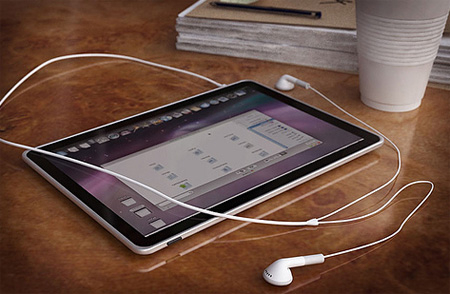 If there’s one thing in life more exciting than an update to a current Apple product, it’s the potential launch of an entirely new Apple product. At least, that’s what the technology world would have you believe.

Only those lucky few with homes under rocks will have missed the fact that Apple is expected to launch a tablet product on 27th January. But what’s it going to have? What will it do? And why are you going to want it?

Availability
Normally when Apple launch a product, they hold a simultaneous UK press conference, but not this time. Certain sources are suggesting perhaps this means we’re all getting excited over nothing and perhaps the iTablet isn’t going to be coming here any time soon.

Content
Rumours here are rife. Some say it will stream iTunes. Some say it’ll have eBook functionality at the fore, with Apple already making groundbreaking content deals with book publishers. Still others say it’s going to revolutionise the way we read magazines (see UK Wired’s Ed’s letter this month for hints on that). And then there’s the rumours that it will run apps from the App store.

Screen size
Rumours range from it sporting an 11- to 7- inch screen size. And the screen size is going to dictate how much fun vs work you can have on this little baby.

OS
It could be Mac OS X, it could be the iPhone OS. It all depends on Steve’s functionality vs ease-of-use decisions.

Input
It’s likely to be a touchscreen – Apple don’t like styluses (styli?). So, much like the iPhone, it’s predicted to have an on-screen keyboard, and multitouch.

Cost
You get the feeling any figures picked out here have been plucked out of the air, but $1000 seems to be the number most people are plumping for. So, with the exchange rate, plus the premium charge you get for having the honour of buying things in the UK, we’re looking not far off £900. Probably.

Colour
Actually, no one’s really said much about this, and if indeed it is a premium product, along the Macbook/iPhone line, it’s likely to be sleek and shiny. But imagine if there was a Nano-esque version – it could come in aquamarine! And cerise! And beige! NOW WE ARE TALKING, PEOPLE.

So, after the key points, can you see a space for this in your generic viagra best price life? Does it do sufficiently more than an eBook reader? Can you justify it as well as your laptop? Are you going to make room in your bag for yet another gadget? Shamefully, in my Apple-loving heart, I know the answer to this is ‘yeah, probably’.

More on those rumours at: