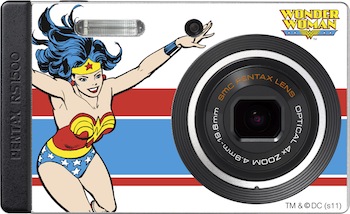 For fans of 70s DC Entertainment stars everywhere, Pentax and Warner have teamed up to add new skins to their Pentax Optio RS1500 camera.

Pentax’s standard Optio RS1500 comes with 10 ready-made skins, which sit behind a clip-on plastic cover and can be switched at will. The camera also arrives with several templates so you can flex your art muscle to produce a custom skin. 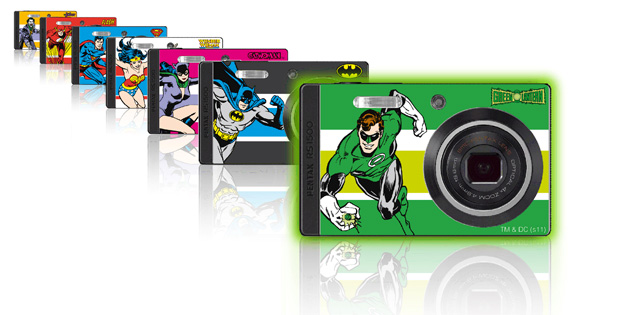 It’s all in honour of the upcoming Green Lantern movie. The skins include classics like Wonder Woman (pictured) and add an extra touch of geek glam to the camera’s appeal.

As well as the Green Lantern and Wonder Woman, you’ll get Batman, The Flash and Superman, plus super-villains Catwoman and The Joker. Personally, I’d go for Batman any day.

The camera comes in limited edition box and includes a 4GB SD card and a Green Lantern camera case.