Is it wrong to be a little in love with a vacuum cleaner? 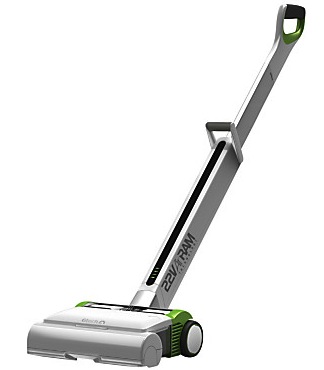 Totally sucked in by the AirRAM

Heck, if this feeling is wrong I don’t want to be right.

There’s a carpeted area of my house in the diner part of the kitchen that attracts every single atom of dirt and debris thanks to its thoroughfare status. Even though we adopt one of those uptight no-outdoor-shoes-inside policies, the floor remains resolutely littered with grub – usually about five seconds after I’ve hoovered.

Consequently, I have spent a lot of my life cleaning it. I have a brilliant, tiny Dyson City Wool + Wood vacuum tucked away in the kitchen cupboard and I’ve had all manner of great handhelds, including the Dyson Handheld (which got destroyed by a water leak) and the Black and Decker Flexi Hand Vac (which was perfect in many ways, but did leave me crawling on the floor to clean the whole floor (not really what it was designed for).

The Gtech AirRAM is the perfect combination of these excellent cleaners: it’s cable-free and battery operated; it has great suction and it’s extremely manoeuvrable.

Cleaning made easy with the AirRAM

Designed by British company, Gtech, the AirRAM combines the handy elements of Gtech’s floor sweepers (remember the one your grandma had?) with more modern cleaning methods. Because it collects the dirt down in little trays in the cleaning unit, it can maintain impressive sucking power (the dirt doesn’t have to travel so far), lasting for a good 30-40minutes on one charge.

Charging takes just four hours and the battery is removable so you can charge more easily. You can also get a free bridge cable (or just steal the one off your printer) that lets you see the stats on your battery usage. Apparently, it tells you how much money you’ve saved thanks to going wireless (Gtech press tells us that the AirRAM can save up to £252 in electricity bills over a five-year period). Unfortunately, I can’t tell you if the Gtech really does save on energy bills because the software doesn’t yet work on the Mac OS; it’s coming soon, apparently.