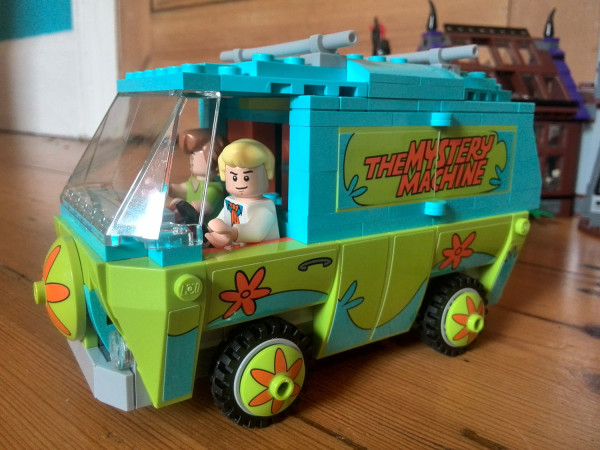 The Mystery Machine in brick form, with Freddie at the helm. It’s a little marvel!

I try – I really do – to find fault with LEGO sets, but sadly I only ever get to see the brilliant ones. I think it’s fair to say that Scooby Doo’s LEGO incarnation is as close to perfect as you can imagine. And all in time for Halloween!

You only need to look at the detail and style of sets to see what a good job LEGO’s done in bringing them to bricky life. There are six sets in all, from a Haunted lighthouse to a Mummy’s tomb. The Mystery Machine set is spot on, and opens up to reveal the inside workings – the variety of foodstuffs for Shaggy and Scooby to eat is a joy. The designers have had field day, and I can only imagine everyone in LEGO was fighting to work on it.

The whole colour scheme for the sets is great. And it has to be said, not only are the colours brilliant and bold, so too are the buildings. 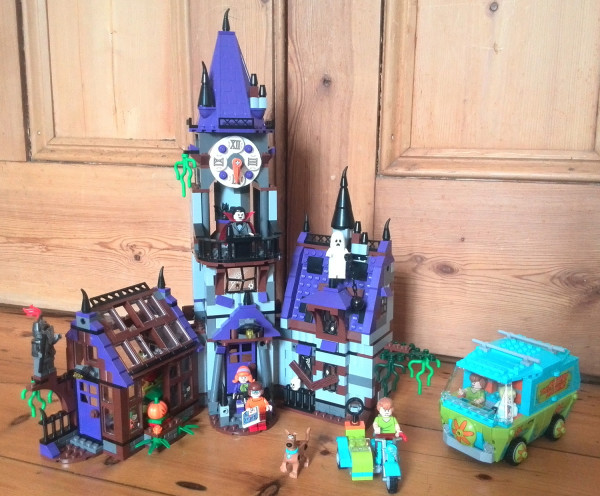 The Haunted Mansion in all its glory! It’s vast, and a joy to build.

I built the Haunted Mansion (RRP £69.99) over a number of weeks with my daughter. (Good grief it was hard only doing a tiny amount a night!) But it really lasted us, partly because it’s absolutely rammed with features. Built in three parts, each with a theme, it really will keep you busy. From the ruined greenhouse containing man-eating plants and pumpkin heads, to the rickety kitchenette, with ready-to-eat hamburger. Then there’s the swinging spiked ball to hit an intruder, moving clock and turning walls, secret compartments and more. It was a joy to make. 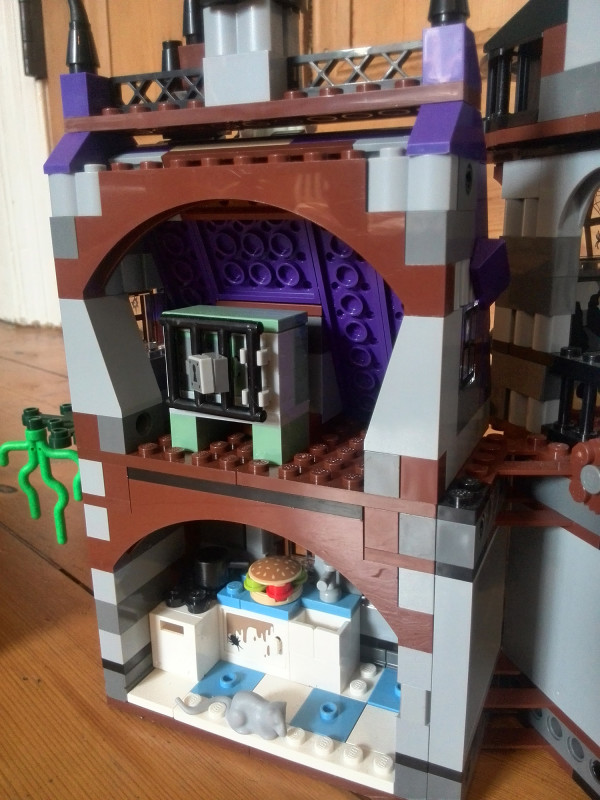 The safe and the kitchenette, with added burger. 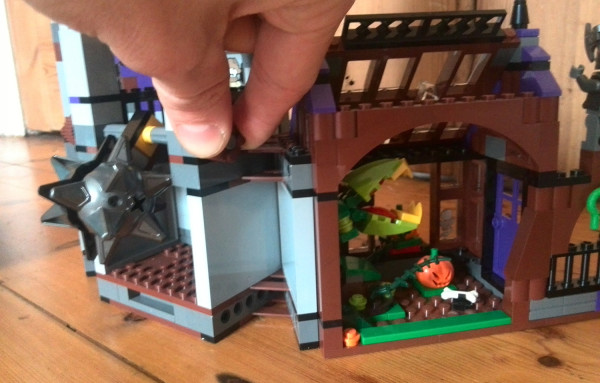 Me working the smashing smashball, and the greenhouse interior.

As you’d expect, all the minifigs are lovely, but the highlight of the sets are the girls, Velma and Daphne. The TV series still feels weirdly (sadly?) groundbreaking for having equally strong male/female roles, and they look wonderful here (although it’s a shame they’re harder to collect than the other minifigs as they aren’t included in the cheaper sets.) Whereas monsters and action toys are so often marketed for boys, Scooby Doo is for everyone. My daughter loves it, and loved making the set. It ticks many, many boxes. 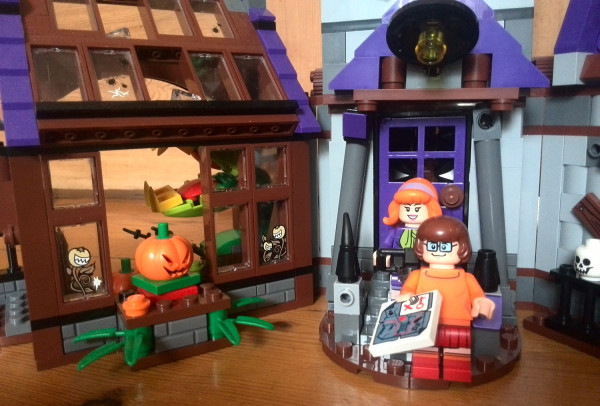 To talk about Scooby Doo and not mention the baddies would be a terrible crime, so which ones are here? There’s an extraordinarily bright glow-in-the-dark ghost, monstrous knight and a vampire. Of course, if you turn their minifig heads around, or take off their helmets you find that (SPOILERS!), they’re really just humans underneath. It’s Scooby Doo, through and through. 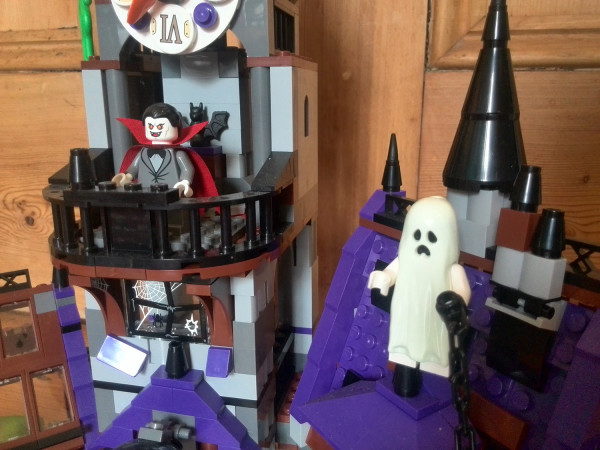 Some of the spooky villains of the Haunted Mansion!

This set is going to become our family’s Halloween centrepiece forever. I love it, and I can imagine all children will think it’s terrific. It’s just got so much going for it and is FUN FUN FUN!

Thanks to Norton/LEGO for sending through the Haunted Mansion set to review!