You are here: Home / Life Dorkage / Google+ What is it and is it any good? 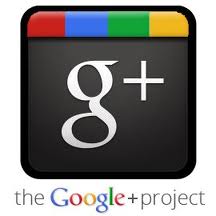 Dork couple Rebecca Noakes and Wez Knowles have kindly put together an overview of Google+ for us.

We’ve had our invites to Google’s new social network, Google+, for around a week now, so we thought we’d go over a few of the new features introduced in Google+ and look at how it stacks up against the competition.

Circles are comparable to Facebook’s “Groups” and Twitter’s “Lists”.

They’re useful for organizing your news stream but are also extremely useful for sending your updates out to a predefined Circle of people — Family, for example — and keeping it private from everyone else.

You can add people to your Circles to see their updates but, like Twitter and unlike Facebook, they don’t have to reciprocate if they don’t wish to see your updates.

Adding people to your Circles is a simple, drag-and-drop affair with some nice animations (unlike most other Google products). 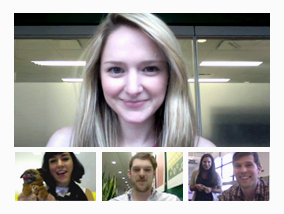 Hangout’s are Google’s secret weapon for social networking domination: Group video chat for up to ten (yes, TEN) people at a time.

They couldn’t be easier to set up: you simply click the Hangout button in the sidebar, pick the Circle you wish to invite, then wait for it to fill up. Everyone in that Circle will then see a big blue button in their Stream inviting them to Hangout; one click later and they’re in.

A far cry from trying to explain to your mum how to download and set up Skype.

Video and audio quality isn’t quite on par with Skype, but with ten people chatting away, you’d start to struggle for bandwidth if it was much higher quality.

Another nice touch is that, depending on who is speaking (or speaking loudest) at any particular moment, it’ll switch out people from small thumbnails along the bottom of the screen to full-screen when speaking.

A fun feature worth mentioning is the ability to pick a YouTube video for your group to watch while chatting, we chose the Merengue Dog, obviously.

Integration with other Google products is good, as you’d expect. In our opinion this is one of the biggest draws for people from Facebook and Twitter: you already do everything else through Google, so why not do your social networking too?

Google Talk integration is there, in the form of private chat. Latitude support is there (more on that later) and Picasa is there, providing photo organisation and sharing. We’re quite surprised at the lack of Google Reader integration at the moment — there’s no way to share interesting articles with your friends, for example (apart from by manually copy and pasting the link into an update — but Google+ is still in beta so there’s time before its public launch.

As you’d expect, Google+ launched with an Android app for “plussing” on the go. Reading your Stream, posting to your Circles and all the other features you’d expect are in there, but the app has a few of interesting features of its own.

First up is Huddle.

Think of it as BBM for Google+; group chats for a couple of friends of a whole Circle of friends. Good for organising meetings, it was great this weekend when organising a barbecue.

The most impressive feature of the Android application, though, is Instant Upload. The application will scan your phone periodically for new photos and videos and upload them in the background to a private Google+ album for easy sharing later on. You simply take your photos, log on to the website, and your photos are ready and waiting to attach to your posts. I’m surprised Facebook never thought of this.

It’s worth noting that the application is currently available only on Android, but an iOS version has been submitted for approval by Apple.

Overall Google+ gets a big thumbs up from us.

It’s a well-designed, good looking, functional, easy-to-use social network that ties together the best bits of Twitter and Facebook with excellent integration with the Google services you already own. Google seems to have taken time to discover what people like and dislike about other social networking sites and has put together a really nice package. It is still in beta and only a week in we can see things changing and improving daily!