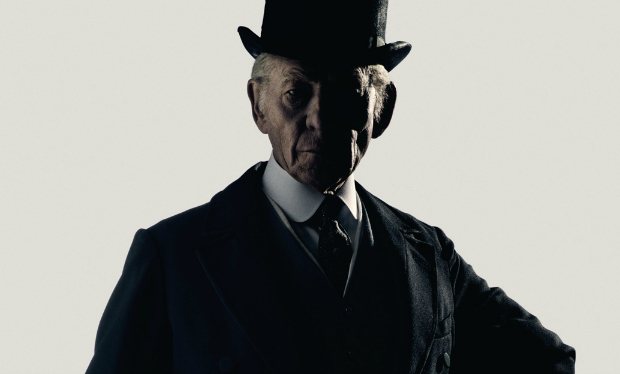 The trailer for Mr Holmes has just been released, and everyone is excited (few more so than myself).

Based on Mitch Cullin’s novel A Slight Trick of the Mind and directed by Bill Condon, the film follows a 93-year-old Sherlock Holmes as he embarks on his last great investigation and faces a force more frightening than even Moriarty – his own deteriorating mind.

Frustrated and cantankerous, not least because of Watson’s less-than-accurate portrayal of the great detective in his best-selling novels, Holmes enlists the help of his new housekeeper’s young son, Roger, as he tries desperately to recall the events of 30 years past…

Starring the inimitable Ian McKellan – who I absolutely adore – as well as Academy Award nominee Laura Linney (The Savages and The Truman Show), Frances de la Tour (Harry Potter) and newcomer Milo Parker as Roger, the film promises to be vastly enjoyable for fans of Sherlock Holmes and McKellen.

Having enjoyed Gods and Monsters some years ago, I am especially excited to see the team of Ian McKellen and Bill Condon (director) reunited. Personally, I can’t wait to see what they come up with.

Mr Holmes will be released in cinemas across the UK and Ireland on 19 June 2015.