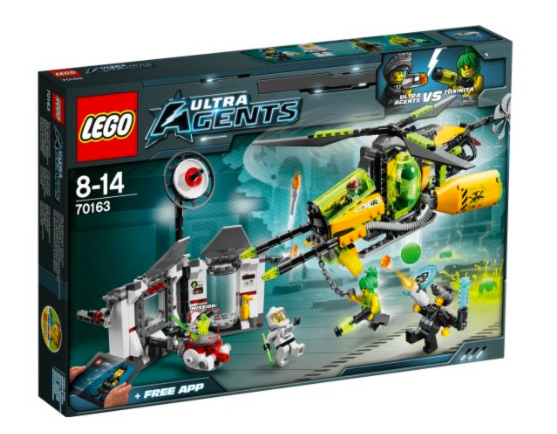 The LEGO Agents range has had a flashy upgrade, with the launch of Ultra Agents. Incorporating an iPad app – with comics and interactive puzzles and games – the range has some great new touches and models.

It’s well worth downloading the app and having a go for yourself. Though I thought it felt a bit slow at times, as the story progresses through slow-moving comic panels, kids will love it, especially the game sections.

True to form, I got my daughter to help out with building Toxikita’s Toxic Meltdown. It was a fiddly build, but we got there, and it’s a set so neon, and, well, toxic, that you wonder whether your fingertips will glow after making it. 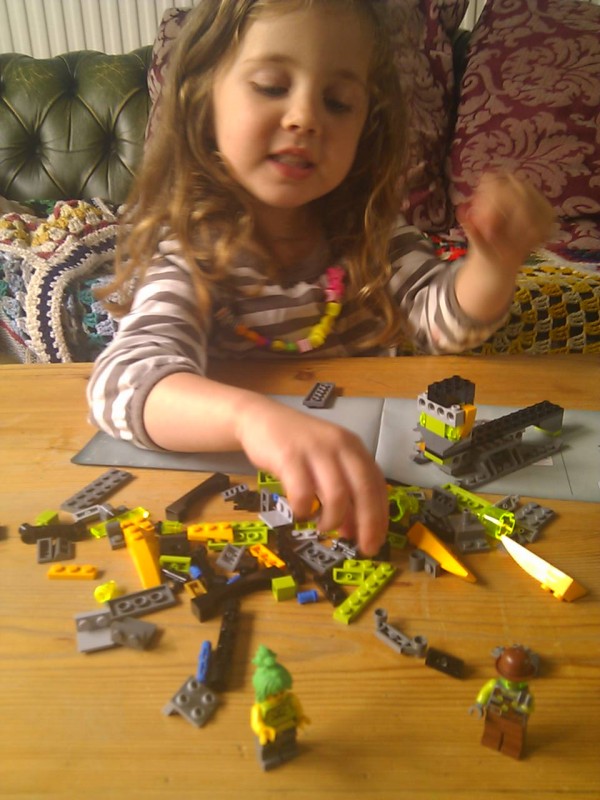 So much yellow and luminous green! 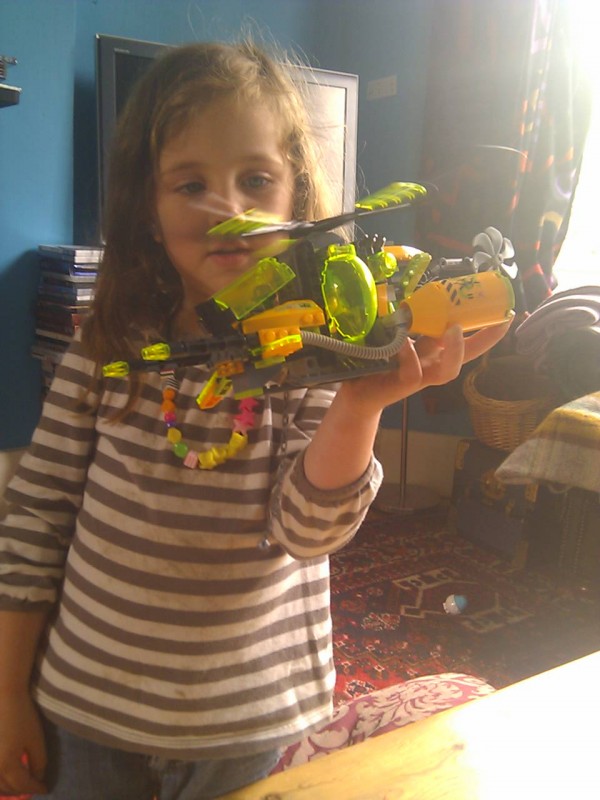 My daughter almost glowing neon after building the set.

This toxicity even reaches the minifigs, and Toxikita is a terrific character with bright green hair. (She’s proved a winner with my daughter, who particularly appreciates the two faces on her head.) One other of the minifigs also has a transparent green head, which is a definite first for our collection. 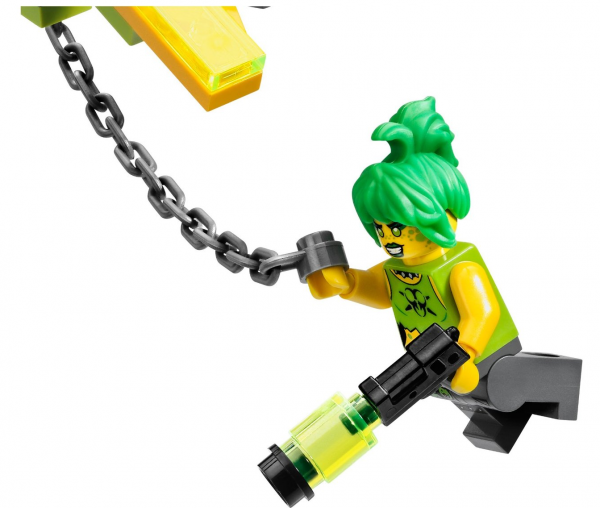 Toxikita has hair to beat all other minifigs.

As for the models, the helicopter looks excellent. With green ball-bombs that fall from the back, and luminous hatches and cockpit covers, it really looks the part. We found that the front cockpit area of the helicopter was a bit weak after construction, and it tends to fall apart at times in little clumsy hands, but that’s the only downside. If you’re attacking the nuclear lab in the set, maybe the radiation would melt your cockpit, anyway?

I must admit, the nuclear scientist minifig in his anti-radiation clobber has totally won my heart.

The other available sets in the range are also cool, though the best has to be this incredible articulated lorry hideout – the Ultra Agents Mission HQ. Just look at all the details! 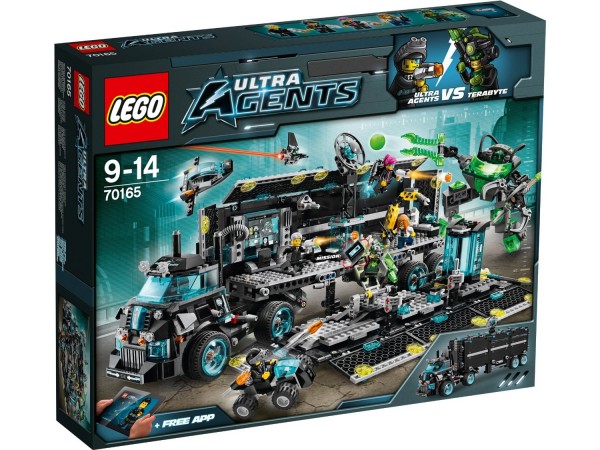 An Optimus Prime in the LEGO world! What a kit!