You are here: Home / Featured / Two years of unpaid and pretty much solitary work. An interview with indie games dev Stephen Elder.

There are millions of video games on the market with more and more streaming into existence every day. From the biggest game creators in the world to the smallest indie devs, everybody is fighting to be noticed – and it’s especially easy for independent newcomers to fall through the cracks.

So when I found out that a friend of mine had decided to spend what would become years making an RPG by himself in his bedroom in Newcastle, I was a little taken aback.

Where does someone find the confidence, never mind the motivation and perseverance to throw caution to the wind and go after their dream job?

Stephen Elder, who has just released a demo of his homemade RPG, Omnis – The Erias Line, following more than two years of unpaid and pretty much solitary work, answers our questions.

You didn’t have any funding for the project and you had to learn to use basically all of the software from scratch. What gave you the push to begin work on the game full time and what kept you motivated?

Stephen: I didn’t have any long-term goals or plans at all at the start, I was just having a bit of a nostalgic flirt with RPG Maker, which I’d played around with years and years ago. Little ambitions, like making my own tilesets and then making my own sprites, kept building up until I’d put enough work in for abandoning it all to be unthinkable.

I’d been discouraged from making my own game by the idea of how much work was involved but I suddenly realised that I’d accidentally done enough to get properly started.

Things were kept moving by the concept of having a demo to show on Kickstarter and the idea that if I worked passionately enough, I could justify applying for funding to finish the game. To that end, I decided to take the gamble of working on it full time while living as frugally as possible on my savings.

Did you have much help with different aspects of the game?

Yes, I’m hugely indebted to the people who’ve contributed time and enthusiasm to the project and who’ve tripled its quality with a custom soundtrack, concept art and keen editorial eyes. These are fields where the game has matured substantially from its simple origins and the talents of others kept me inspired to finish the demo.

There are a lot of indie games around these days and RPGs aren’t exactly new to the market. It’s tough even for established developers to gain popularity. What makes your game different?

I believe that its story is genuinely unique. I’ve worked hard to give Omnis a polished, attractive look, but graphics aren’t a priority for me.

As a design principle I’ve deliberately avoided over-familiar RPG tropes. There are a ton of games that offer sword and sorcery adventures, so I wanted to offer something different. If I felt like I was verging on a cliché, I’d do a mental u-turn and rethink things, wondering, “what else could happen or be said there that would be cool?”.

Omnis is inspired by music, like the work of Saltillo, and novels like Perdido Street Station rather than genre staples like The Lord of the Rings, so I’ve always been confident that the story is original and isn’t built around rehashed or retrofitted ideas.

What would you say is the game’s ‘unique selling point’ – what drives the story?

There will also be a huge amount of optional lore and scenes for the player to experience. It’s a return to RPG basics, but with a focus on doing them well. 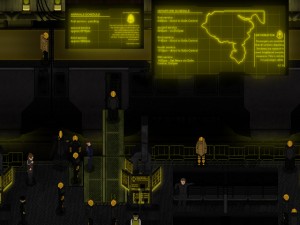 You mentioned that your goal now is getting to a point where you can present Omnis – The Erias Line on Kickstarter. Do you have a date in mind?

I’ve done a lot of research into the dos and don’ts of Kickstarter campaigns and the recurring point is “wait until you’ve got enough interest before you start”. And so the date I have in mind has a vague, ‘when the time is right’ sort of vibe.

If I went for it right now, it’d be like hosting a party but not inviting anyone. I owe everyone who’s supported me through this process the patience and organisation that’s needed to do this right.

In many ways I wish I didn’t need to get funding, but without it the game would take me decades to complete. There are some things (certain simple mechanics, for example) that I can’t include without being able to commission someone who writes code for RPG Maker. 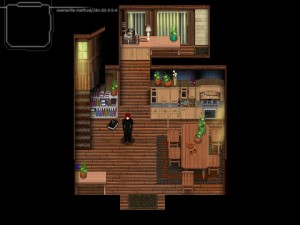 You’ve spent two and a bit years pouring everything you’ve got into this game. What will happen if you don’t meet your target?

I know that I’ve developed a lot of skills and gained a lot of experience from this process, so hopefully that’ll come in useful moving on from Omnis if it fails. I’d also be proud of myself for making the attempt.

Wondering ‘what if’ is something I won’t have to be afraid of, whatever the outcome.

And, on the other extreme, what would be for you the best possible outcome of the project?

As I’ve worked on Omnis, my mentality has fluctuated wildly from terror and anxiety to supreme confidence. I’ve tried to temper my wildest imaginings with pragmatism, but the best possible outcome for me is to touch and positively influence millions of players. I’d love for players to experience Omnis and to feel like they know and care about its characters.

In terms of profits, all I really want is enough to go on and make the sequel I already have mapped out. Untold riches have never been a motivation for me.

So, in the meanwhile, what is your focus? 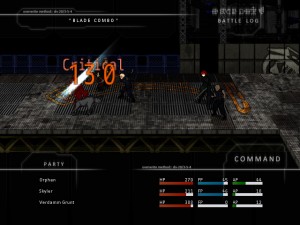 I’m working on getting the word out. There are hundreds of indie games in the works these days, but despite the competition I’m confident that I’ve developed an RPG with a unique story.

The focus now, in a nutshell, is letting players know.

If people read this and they like RPGs they can head over to rpgmaker.net or Gamejolt and download Omnis – The Erias Line’s demo for free. I’m always eager to get feedback and to know if people enjoyed their experience.

If they did, they can leave me a review or like the Facebook page or even send me an email – all support is hugely appreciated. Even if they don’t like it or have suggestions for improving it, I’d still like to hear their thoughts.

Disclosure: I helped create some of the supporting artwork for Omnis – The Erias Line and am, as mentioned, friends with the developer. I’ve tried to keep this interview non-biased; all opinions are my own.