You are here: Home / Featured / Acer Iconia One 8: First look

Meet the Iconia One 8: a budget tablet so sensitive that you can operate it with a pencil. 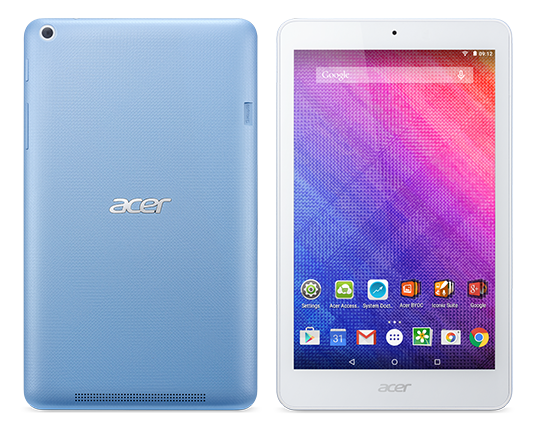 During this weekend’s live blog event I got the chance to have a go on the Iconia One 8, which Acer boasts as ‘the most accurate touch experience on a tablet, ever’.

See our unboxing of the Acer Iconia One 8 here!

I didn’t have the longest amount of alone time with it, but I did get the chance to try out the tablet’s screen sensitivity. Acer’s patent ‘Precision Plus’ technology uses densely compressed touch sensors, which means that the screen can pick up on the slightest touches, making drawing on it, for example, much more accurate.

Acer asked us to test out the sensitivity of the device by sketching the River Liffey during our #acerliveblog event in Dublin (check out the hashtag on Twitter to see what else we got up to!). 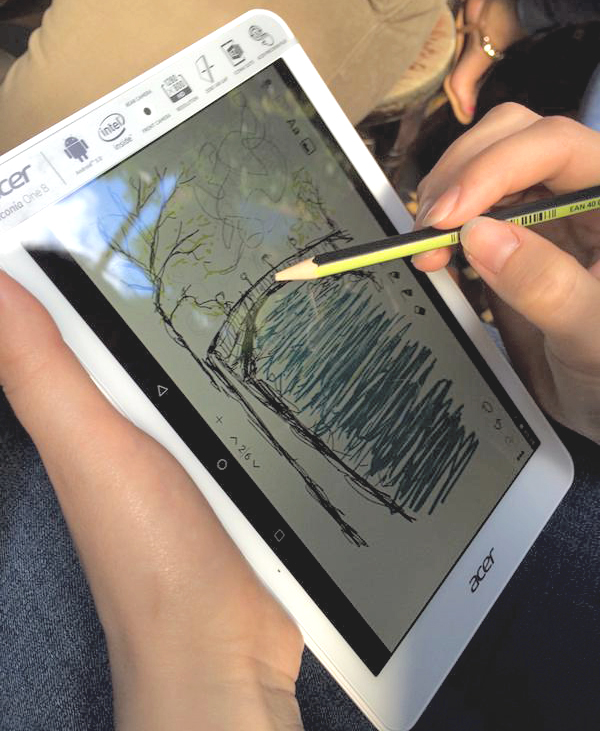 The Iconia was definitely more responsive than other tablets and phones that I have tried to draw with before, and being able to use a regular pencil straight on the screen was very convenient.

There were two problems, however: 1) if you try to rest your hand on the screen while drawing, as you would naturally, the tablet thinks you are trying to navigate away somewhere and this necessitates holding the pencil in an awkward and uncomfortable position; and 2) the signal seemed to cut out very slightly from time to time and so the line I was trying to draw would not show up. Still, this was a step up from basically all the other tablets I’ve tried before, which tend to make lines bloom rather sporadically across the street if you touch them the wrong way. 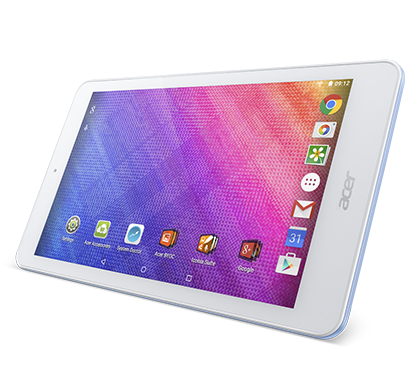 Acer’s sketching app, EZ Note, allows you to use several types of tool, nib size and colour, although the colour selection is rather limited – in place of a colour wheel you just select from a handful of presets. It’s best used for the odd sketch rather than anything very intricate.

In terms of navigation, the Iconia One 8 retains the standard pull-down notification and app drawers, making it easy to use for anyone that’s ever used a tablet or smart phone.

Having looked at the cameras briefly, I can say that they are functional but not stunning. The rear-facing camera is a fairly standard 5 megapixels, while the front-facing one is 300 kilopixels – that’s an unimpressive 0.3 megapixels – and this is evident from the picture quality, although future firmware updates may serve to address this.

Overall, the Acer Iconia One 8 appears to be a very good tablet for the price, with the enhanced screen sensitivity serving to make it stand out from the crowd. I can’t comment more on general performance, but this one is certainly worth having a more in-depth look at.

The Acer Iconia One 8 is slated for its UK release later this month, with prices starting from £139.