You are here: Home / Kids / Jurassic World is taking over London!

There’s an awful lot of Jurassic World around and about at the moment. It’s hard not to be caught up in the hype. For a start, there are these babies at London’s Waterloo Station – I have no idea how long they’re there for, but they’re superb. These marketing stunts are easily the most successful and most eye-catching. If only every film was about dinosaurs… 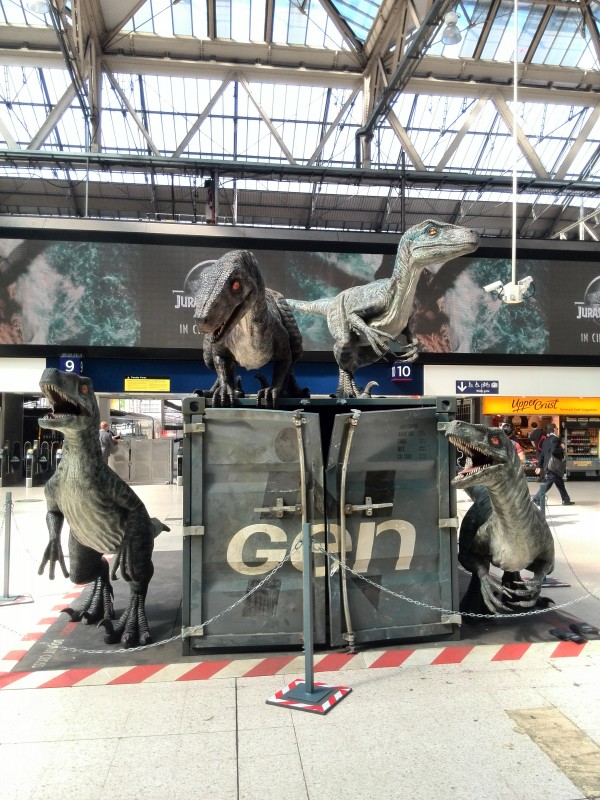 They’ve got loose?! As if rush hour needed to get any more violent and shouty! 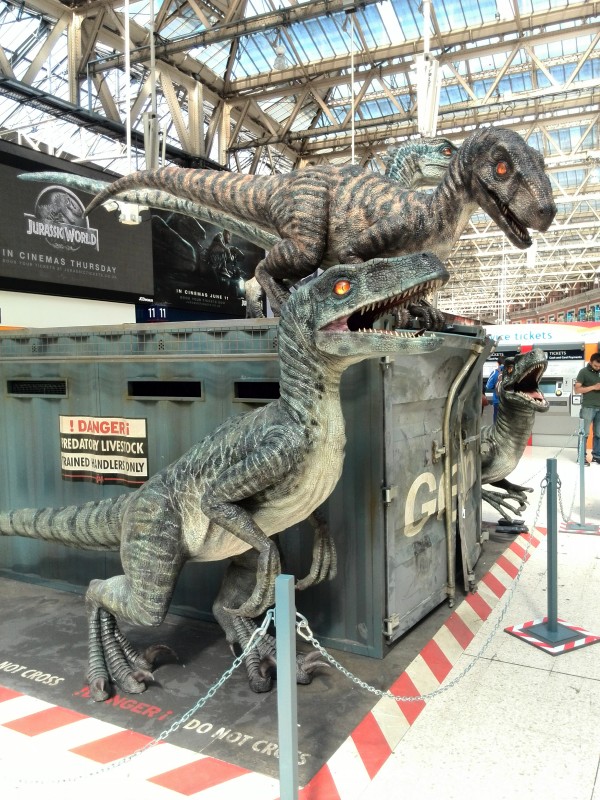 Up close with the clever girls.

And let’s be honest, all this Jurassic World stuff is not a BAD thing. Dinosaurs are the best, as every 5-yr-old (and me) will tell you. It gets people to visit museums to see the fossils and, well, a lot of it is LEGO-based, possibly my third favourite thing in the world, after my wife and daughters.

The new LEGO Jurassic World video game is a lot of fun – taking in elements of all the films, and even contains the poorly Triceratops scene from the first film. I only got a short play on it as my daughters were desperate to get involved, but the details, as always, were great. 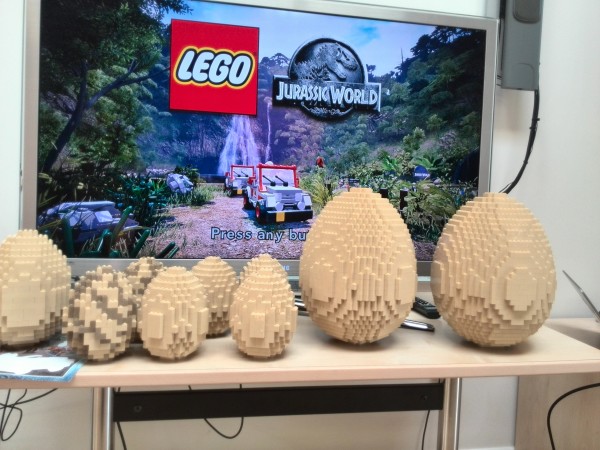 Always fun, the LEGO videogames have the best details.

And now, to cap it all off, With all the new LEGO Jurassic World sets out there, it’s become possible to recreate real scenes from the movies. And that’s exactly what’s happened with this animated version of the original film’s big, infamous T-Rex moment. “When you gotta go, you gotta go…” as Jeff Goldblum’s character says.

These animators are really very clever.