You are here: Home / Featured / Ashes To Ashes: 5 questions the final two-parter must answer! 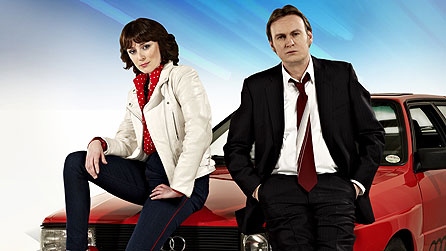 When Ashes To Ashes came to our screens in 2008, there was a general ‘meh’ reaction, with the odd ‘really angry’ thrown in there for good measure. Most were simply annoyed that it wasn’t just like Life On Mars, while others really disliked our new hero, Alex Drake. But me, I loved it. I saw that it has its problems, but I loved that Alex wasn’t actually that different to Gene, I loved the addition of fearless Shaz, I loved Chris’s new hair, dammit, I loved the opening credits. And now, the facts have caught up with me, and it’s genuinely, consistently good as well! I knew it would get there eventually. Unfortunately, it’s got there just as the series comes to a decisive end, with just one double-parter left to air… and so many strands are still left unresolved!  Here are the five questions that must be answered for those of us who have stuck with this fun, inventive series right to the bitter end…

1) What happened to Sam Tyler?

The heart of this season is the growing suspicion that Sam Tyler’s death in Gene-land (that’s what we all call this version of the past right? Just me then?) was not the simple car-accident it was made out to be. And, more than that, that Gene actually killed him. We know – or at least hope – that the latter can’t be true, but if not him, who? Enticingly, the resolution of this storyline is ripe for some returning characters – perhaps Annie has some information to add, perhaps Simm will have filmed something new for a flashback (a girl can hope), perhaps Sam isn’t dead at all and he’ll walk into Fenchurch East Police station!

2) Who is the young policeman haunting Alex?

A young Gene? My other, rather far-fetched theory is that this is someone Sam Tyler killed, leading Gene to help Sam fake his own death…

3) Why are Shaz, Ray and Alex seeing stars?

Over the course of series three, Alex, Shaz and Ray have all looked out into the night sky and seen stars – not just one or two defying the light pollution, but thousands, millions even, as if looking straight into the heart of the Milky Way. Why, and why them in particular?

When Shaz was granted what she had always wanted – to properly join the team in civvies – she stared straight at the camera, everything around her faded to black, and we heard a short snatch of Life On Mars. Similarly, when Ray was granted his greatest wish – to hear those three little words ‘well done Ray’ – the same thing happened. What does it all mean?! Again, Chris is notable by his exclusion in these moments… Doesn’t look good for him, I have to say.

5) Who really is Jim Keats?

One of the greatest additions to this series is Daniel Mays as the modernising Jim Keats – part charming, part loathsome, he’s the antagonist that will surely provide many of the answers. Importantly, he has held two cops who have ‘betrayed’ the force as they lay dying, and his apparent comfort provokes something like blind fear on their faces. The Devil incarnate? The idea that Gene-land is some sort of purgatory becomes more and more plausible, but are the religious references, which are coming thick and fast now, the answer, or the language being used to describe something else entirely?

Well, there’s only 120 minutes left for these questions to be answered; 120 minutes of what I genuinely think is the best thing on television at the moment. But for now – let the speculation run riot!