You are here: Home / Film + TV / Catfish on MTV: What Happens When Internet Lovers Meet? 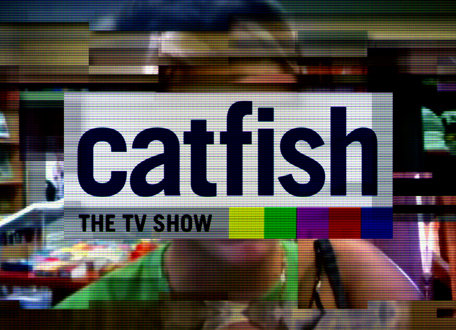 Catfish, a 2010 documentary about people who meet on the internet, is a series on MTV now. It’s hard to talk about the film, because it works best to go into it knowing nothing, but briefly:

It’s a great study of identity and people’s ability to be whoever they want online. A large part of its appeal was the likeable Schulman’s openness and willingness to think the best of people.

Some critics, including Morgan Spurlock, queried how authentic a documentary it really was – there don’t seem to be easy answers to some of those questions, but it certainly feels real as you watch it, and the basic narrative does seem to be pretty much as presented.

And now MTV have hired Schulman to investigate other people’s internet romances on a weekly basis. And from the episodes I’ve seen, it mostly hits the same sweet spot the film did.

The most surprising thing about the series is its capacity for telling very different stories within a rigid format. In every episode, Schulman (and his sidekick, cameraman Max Joseph) meets someone who’s in an online relationship with someone they’ve never met, negotiates a meet-up, accompanies them to the meeting, and then catches up with both parties a month or two later to see how they’re doing.

But that simple format doesn’t capture the feeling of a leap into the unknown as the meeting approaches. Authenticity questions aside, it replicates the same unsafe feeling that the film delivered – who exactly are we about to meet? And what’s their story? Because while the format is set, the narrative can go in almost any direction.

Schulman doesn’t shy away from the complexities of the lives of the two people he’s bringing together. Some early press around the show was very geared towards “exposing fakes and liars”, but that’s not really the approach taken.

It’s not about whether the target is hiding something (they almost always are, although often not as much as you’d think), but why and what that means for the future of these relationships, some of them years old.

The Lies of Others

There are multiple possible reasons why the online crush has withheld parts of themselves from people they profess to love – fear, shame, insecurity, loneliness, boredom, malevolence. And Schulman is always keen to sit down with them and try to understand their motives – even where they initially come across as horrible –with often moving results.

Many of the people who want Schulman to help them also aren’t the most emotionally stable; many of them have very much allowed themselves to be lied to and are, unconsciously or not, complicit in what’s happening to them. Schulman treats them gently, but the show doesn’t exactly give them a free pass or unquestioningly present them as wronged.

At its best, Catfish is genuinely life-affirming; at worst, merely diverting. While it’s about a phenomenon based on technology, the skewed love stories it tells are deeply human.

NB: Probably worth saying that the opening credits of the series spoil the film. If this sounds interesting enough for you to check out, watch the film first.