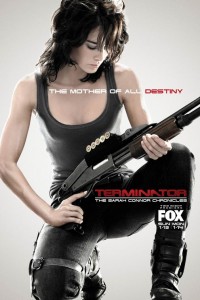 This week’s Dork Hero is a woman who made a name for herself in the past few years by playing some of the toughest, hardest women on screens both big and small. With an ongoing role as one of the central characters in HBO’s epic Game of Thrones, and plenty of geek cred to go around, she is proving a formidable force to be reckoned with.

Meet the woman behind Cersei Lannister (and plenty of others)… 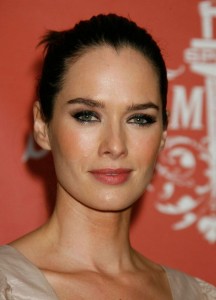 Claim to fame : A string of solid performances in the likes of Waterland, The Remains of the Day, Onegin and Aberdeen.

Dork Hero because : she transitions from smaller indie roles (such as Luce in Imagine Me and You) to big budget blockbusters (Dredd, 300) with ease – she’s proof that women can play solid action roles – in her daily life, she’s an animal rights activist, a vegetarian and practises boxing and Bikram Yoga, so you can bet she’s healthy. 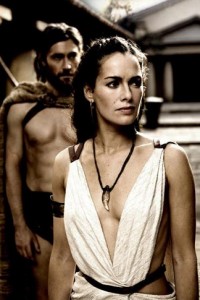 Based on the 1998 comic series by Frank Miller, 300 is very much a testosterone-fest from the get-go. A buff Gerard Butler as Spartan king Leonidas, a buff Rodrigo Santoro (remember him?) as “god-King” Xerxes, and a buff Michael Fassbender as a soldier called Stelios.

Buff men all around, so the sight of Lena Headey’s Queen Gorgo is a very welcome one indeed. Rallying support for Leonidas amongst the citizens of Sparta, not hesitating to kill a traitor in a fit of anger… it’s not the biggest role in the film, but Headey makes it work. It wasn’t the first time she kicked ass on screen, and it would definitely not be the last.

Stepping into a role that Linda Hamilton made iconic is not the easiest of tasks. But Headey brought something fresh to the role of Sarah Connor, playing (in her own words) “a mother, who is a single parent, bringing up a teenage son, who also happens to save the world- as a byline…”

Despite being well-received and ranking as the highest-rated scripted new series of the 07-08 television season, and getting a full second season, the plug was pulled far too early. It wasn’t renewed for a third season, despite fierce campaigning from the fans. But it is another memorable role for Headey, cementing her status as a tough woman on screen. And, of course, the series lives on in repeats and with the fan community.

Based on the 2000AD comic Judge Dredd, this British-South African take on the judge and his violent world was released last year. With Karl Urban as the titular Judge and Olivia Thirlby as his inexperienced rookie partner Anderson, it was left to Headey to portray the Big Bad of the film. The Big Bad just happened to be an ultra violent prostitute-turned-drug lord called Ma-Ma.

The sole supplier of a dangerously addicting new drug called “Slo-Mo” (slowing the user’s perception of time to 1% of normal), she is first seen skinning three rogue drug dealers and throwing them off the top floor of a 200-storey slum tower block. It’s safe to say, you do not mess with her.

Dredd is available on DVD from Amazon UK. 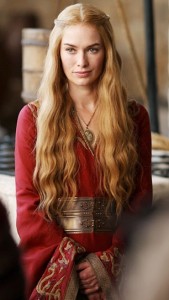 Greedy, amoral, extremely cruel. Intelligent, stunning, fiercely protective. There are plenty more words to describe Cersei Lannister, but to get the full grasp of just how much of a terrifying character she is, you need to get on board with Game of Thrones.

Queen of the Seven Kingdoms of Westeros, Cersei is desperately hungry for power. Having maintained an incestuous relationship with her twin brother Jaime (Nikolaj Coster-Waldau), all of her three children were fathered with him and not her husband, King Robert Barratheon. Deeply loyal, she will go through extreme lengths to protect her children and Jaime.

The Lannister motto is Hear Me Roar! which is certainly appropriate for Cersei. Then again, its unofficial motto is A Lannister Always Pays His Debts…

The complete season 1 and 2 of Game of Thrones is available at Amazon UK.