You are here: Home / Archives for Craig Roberts 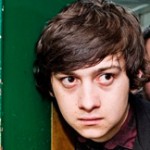 Being Human is now a genuine smash hit for the BBC. It’s been renewed for a fourth series, adapted into a US version and even had a guest appearance from Robson Green. So it’s time for the next consequence of telly success: the spin-off show. Namely Becoming Human, featuring teen vampire Adam, … END_OF_DOCUMENT_TOKEN_TO_BE_REPLACED