You are here: Home / Archives for Michael Rooker 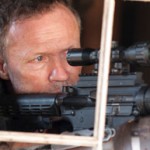 In the penultimate episode of last year’s The Walking Dead season, we saw the biggest fatality of the whole run, when poor Shane realised too late that picking a fight with the lead character is a stupid idea. So, in this second-to-last effort, will we get a similar epic move? Or is it more … END_OF_DOCUMENT_TOKEN_TO_BE_REPLACED