You are here: Home / Archives for Online 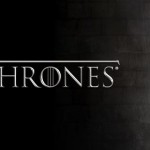 Blinkbox has announced a deal with HBO offering UK fans an exclusive opportunity to watch Season Two of Game of Thrones before it is released on DVD or Blu-ray early next year! This is the first chance anybody in the UK will have to own the as-yet unreleased season two of Game of … END_OF_DOCUMENT_TOKEN_TO_BE_REPLACED