You are here: Home / Archives for Robert Kirkman 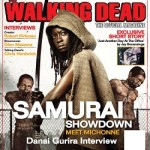 The first issue of the official Walking Dead Magazine is here! I've experienced both the comic and the TV show, so was excited to sink my teeth into an advance copy. We've got features covering not only the two most famous versions, but video games, tie-in novels and such as well. So, never one … END_OF_DOCUMENT_TOKEN_TO_BE_REPLACED

Smash-hit zombie series The Walking Dead disappeared after only six episodes last year, which must have been torture for the Americans and, you know, business as usual for the UK, but now it’s back for a superlong 13 episode run, albeit split into two chunks in Doctor Who style. So, the first new … END_OF_DOCUMENT_TOKEN_TO_BE_REPLACED 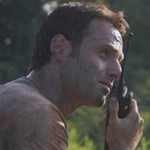 As you’d expect from a series as slow as The Walking Dead, this week is mostly devoted to the aftermath of last week’s sudden zombie attack. The survivors pick up the pieces, and many cast members are dead. Of course, I wasn’t as in love with last week’s episode as I had been with previous ones, … END_OF_DOCUMENT_TOKEN_TO_BE_REPLACED 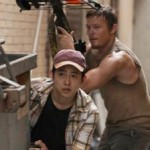 It seems like The Walking Dead has barely started, and yet we are two thirds into the first season. That already-ordered second season of thirteen is some comfort, but still. God knows how we cope in Britain, where everything only gets six episodes. Anyway, the incremental, atmospheric … END_OF_DOCUMENT_TOKEN_TO_BE_REPLACED