You are here: Home / Archives for The Maze Runner 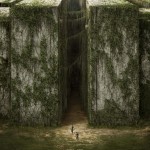 It's been too long since we've delved into the dangerous waters of dystopian YA book adaptations. Based on the novel of the same name by James Dashner, The Maze Runner is the first in a possible trilogy. Filming for sequel, The Scorch Trials, is already under way, and will be released in September … END_OF_DOCUMENT_TOKEN_TO_BE_REPLACED