You are here: Home / Featured / Learn all about horror at the Miskatonic Institute of Horror Studies, London

Horror has always been a genre that divided crowds and critics.

Often called out for poor acting, poor writing, overly gratuitous gore and lousy treatment of women, it’s a genre that has also become positively oversaturated with knock-offs of its own classics.

There has always been a lot more to horror than meets the eye – and now London is getting its own place to learn, appreciate and critically assess the horror genre.

If you’re a born and bred horror fan with a craving for more in-depth knowledge of the genre, or if one of your resolutions for 2015 was to try something a little bit different, you may want to keep your diary handy and read on.

Named after the fictional university from the works of H.P. Lovecraft, the Miskatonic Institute of Horror Studies is a non-profit, community-based organisation offering university-level history, theory and production-based lectures and workshops for people of all ages.

The institute has its roots in Canada, where it was founded by film writer and former Alamo Drafthouse programmer Kier-La Janisse, back in 2010. Miskatonic Montreal is still active, and Janisse has teamed up with UK-based film scholar Virginie Sélavy to open its London branch, starting with a pilot season running from January to June 2015. 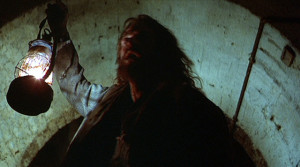 The first class, which took place last week, dealt with the grim horrors of the old classroom safety films. Future classes in the pilot season will cover topics ranging from Italy’s cannibal films of the 70’s and 80’s, the work of legendary film maker Jesús Franco to the 1972 Brit horror film Death Line.

The classes are relatively cheap to take, at £10 advance and £11 on the door. Bookings for every class can be made 30 days in advance, and all classes in this pilot season will be taking place at The Horse Hospital, near Holborn. 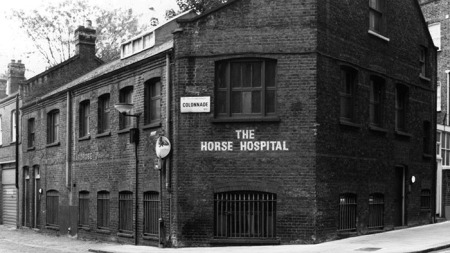 The Horse Hospital, the venue for Miskatonic London

The line-up of instructors includes Janisse herself, as well as the founder and ed-in-chief of Electric Sheep, Virginie Sélavy, co-founder of Midnight Eye, Jasper Sharp, the legend that is Kim Newman, author and documentary maker Mark Pilkington and writer and musician Steven Thrower.

Classes take place on the second Thursday of every month.

Although Miskatonic London is still very much in its start-up phase, it already looks like an essential place to go for horror fans.

It’s not often that you get to access some of the UK’s most knowledgable horror writers, film makers and curators under one roof, let alone learn from them.

I genuinely hope that this London pilot season is just the start of something major, and that Miskatonic gets to spread its wings all over the world.