You are here: Home / Opinion / Five things that are better than vampires 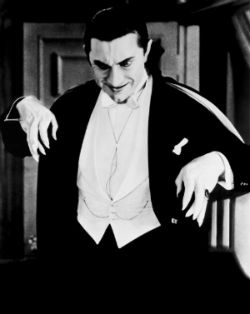 You can’t open Google, turn on the telly or talk to certain people called Charles at the moment without being assaulted by vampires, actors who have played vampires falling out of sub-standard nightclubs, and interviews with people who have written about vampires.

You can’t blame it on Halloween – the whole of 2009 seems to be the year of the vampire. Also, the ox, but he doesn’t seem to be getting so much publicity.

But vampires aren’t even that good . They’re viagra generic fussy eaters, pretty antisocial and will never be able to partake in a summer picnic, unless it’s at night, which is rubbish.

I think we need to regain a bit of vampire perspective, and so I’ve collated the top five things that are better than vampires.

These are way better than vampires: they are productivity gold in a way Bram Stoker could never comprehend. Now, I can get to my ‘huh, what an awful lot of people are yet to pay me’ spreadsheet in seconds. You can even have a ‘new document’ shortcut, which is why I’ve created 67 new documents in the last three days. 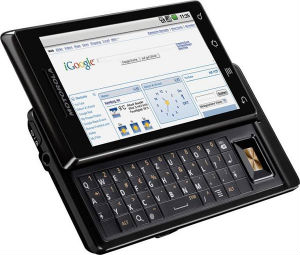 Last week I wrote about how much I wanted an Android phone that wasn’t ugly, but had yet to be convinced. This week, I have all my hopes pinned on Motorola (a sentence I never thought I’d be writing), as the Motorola Droid has been officially launched in the US, with rumours of it coming over here.

It runs Android 2.0, has a 5-megapixel camera and a QWERTY keyboard (not entirely sold on that one).  It’s official: cute little android characters are cooler than vampires.

On the surface, you might think fireworks and vampires go together, both requiring night as they do. But I have never seen a vampire display, and the latest vampires do not explode into awesome shapes, like lips and hearts. Fireworks do in both cases.

If you did not see him in his ‘Masterchef for people that want to design knives, forks and chairs’ programme on BBC2, get thee to iPlayer.

He was the best French man I have ever seen, and should almost certainly be releasing a Christmas coaching video on how to be so awesome-ly French. You never see a French vampire, now do you? (Oh, and the programme was called Design for Life, in case the previous explanation yielded no results in the BBC’s stupid search facility. Katie wrote about the winner the show and her Kaspa Lamps here. She was also inexplicably rude about Philppe Starck.) 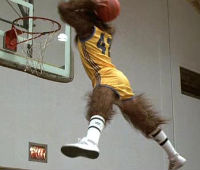 The main reason werewolves are better than vampires comes down to your basic Mean Girls halloween conundrum. If we can make werewolves the new vampires, it can only result in Hilarious Consequences as girls try to work out how to make a Sexy Werewolf costume.

Because face it – there’s nothing sexy about a hairy wolf. There just isn’t.