You are here: Home / Film + TV / 4 Amazing Sex And The City Moments 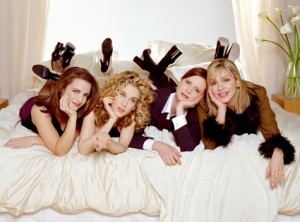 In 1998, television introduced us to a far more glamorous world than we’d known. Into our lives waltzed curly-haired no-nonsense sex columnist Carrie Bradshaw, accompanied by three friends, a gaggle of men and a designer shoe collection to rival that of Imelda Marcos.

Can you believe that was 15 years ago? Blimey, that makes me feel old and I’m 22!

Last week marked 15 years since the now-legendary pilot episode aired, and I figured it time to pay homage to five great moments from the series’ history. They may not be your favourite moments, but I’d love it if you shared yours in the comments. 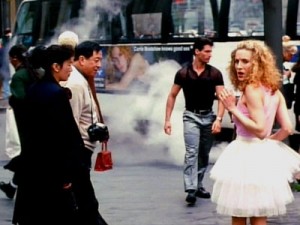 How To Be Creative On A First Date

Some people are lovely and old-fashioned. They take you out for dinner and a film. Perhaps a coffee and a chat. Aleksandr Petrovsky is of a different kind of mindset. When he calls up Carrie and invites her to a restaurant called Russian Samovar at 1 in the morning, you pretty much know that this dude is of an entirely different class than the Mr. Bigs of this world. They then end up at the art gallery where they met earlier in the episode, to test Carrie’s theory about the resident performance artist (who is seated on a raised platform, with knives acting as stairs).

Petrovsky represented another era of wooing. A fifty-something artist with a splash of old-world romantic about him, Carrie found herself at once fascinated and a bit icked out by his relentless pursuit of her. Sure, he turned out to be a bit of a twat in the end, but I still can’t really understand why Carrie was so irked by the fact that he had gone through the trouble of composing a song for her.

And she still ended up with Mr. Big. Ugh. 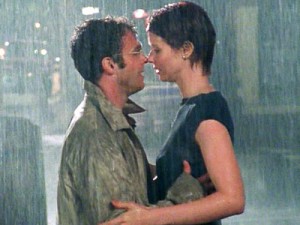 By season two, Miranda is established as a bit of a cynic when it comes to love and relationships. So when she meets bartender Steve Brady, she dismisses him as just a one-night-stand. The problem with Steve Brady however is that he has no intention to be just that. He makes his romantic intentions clear to Miranda, but she stubbornly persists, refusing to believe in cliché happy endings. When she makes fun of him in front of her friends, who have gathered to meet Mr. Big at a bar, he storms out.

It appears that Big isn’t planning on showing up, leading Miranda to draw conclusions about love that are soon completely shattered by the surprise of Mr. Big actually showing up. She runs out of the bar, chasing Steve down the road. “Steve! Maybe I can believe in love.” she says (or something to that liking) before they have what is possibly the sexiest kiss ever in the middle of a rain storm.

And that’s exactly why I included this moment. Not only is it incredibly sexy, it affirms that Steve, kooky as he is, might just have figured out the key to Miranda’s heart. And when she finally tells him that she loves him, much much later, it feels like a massive relief. 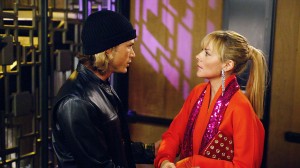 At the start of season six, Samantha and her friends are at a restaurant called RAW, which… yeah, serves raw food. Sam however, cares not for healthy options when she catches sight of waiter Jerry. As does every other red-blooded woman in the restaurant. She successfully seduces him and they start sleeping together. Samantha agrees to help Jerry with his struggling acting career, pumping all her PR gravitas into a small Off-Broadway production he’s starring in. When she realises that Jerry (or Smith, as she re-names him) is actually not half bad at this acting lark, she promises to make him into a star.

Smith becomes the toast of the town, getting invited to a Teen Choice Awards party. Samantha is reluctant to accompany him, feeling a bit uncomfortable with Smith’s youth. But she instantly changes her mind when she sees who’s organising this party : Richard Wright, the man who stomped all over her heart. At the party, she abandons Smith for Richard, telling him that they should keep to playing with their own friends. But in the midst of her tryst with Richard, she realises that she’s made a huge mistake. Broken, she staggers out of the lift and is surprised to see that Smith is waiting for her. Grateful for his loyalty, she lets Smith take her home.

Smith might actually be the ideal man. Sticking with her throughout her cancer, even shaving his hair in solidarity, he brings out a side in Samantha that has been hidden for too long. 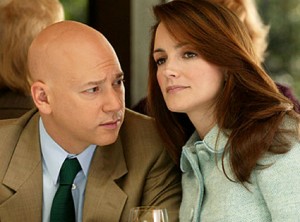 How Deep Is Your Love?

Charlotte. We’re all rooting for her, aren’t we? The poster child for relentless romantic optimism, despite love stomping all over her on regular occasions, not in the least in the form of Trey McDougal, her first husband. It’s all the more hilarious and fitting that she eventually becomes wildly attracted to his polar opposite, her divorce lawyer Harry Goldenblatt. Although he’s not perfect, kind of sweaty and really hairy, she openly admits to him being the best sex she’s ever had. He’s also clever, ridiculously funny and kind to her. They become involved and Charlotte even goes as far as converting to Judaism for him. But after a fight in which Charlotte pressures him to set a wedding date and accidentally insults him, they break up.

A slur of horrid blind dates follow, and Charlotte eventually gets the pity of the Jewish mothers in her church. She’s invited to a Jewish singles mixer, where she meets even more terrible bachelors. But then, like the light at the end of a long and dark tunnel, she spots a man who looks suspiciously like Harry. It, of course, is Harry, and she wastes no time in telling him how much she loves him. Touched, he proposes on the spot.

The perfect happy ending for her, and a lovely way to round off this list.