You are here: Home / Featured / Before Watchmen: the comic book prequel no one wants 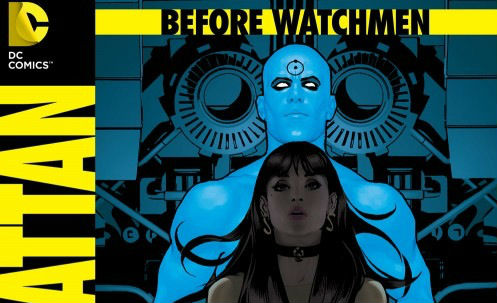 It’s always a bad sign when your press release launching a new project includes an apology for the existence of the project.

DC Comics’ announcement that it plans to publish 35 new Watchmen comics this year, 25 years after the original 12-issue series blew the doors off the entire super-hero genre, has a number of implied apologies in it.

It probably needs to. The original Watchmen is an untouchable work of brilliance. Its level of influence cannot be over-stated. From my point of view, and of many other comic fans who’ve responded vocally to the news, any new Watchmen material cannot possibly be as good as the original, especially with no involvement from original writer Alan Moore.

So, with no obvious artistic reason to tell new stories, the assumption, which is implicitly confirmed in the announcement’s talk of DC’s “responsibility as publishers”, is that this is a naked cash-grab driven by purely commercial concerns. 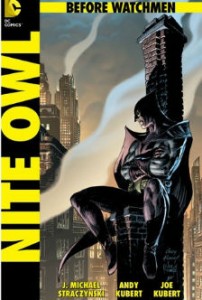 For me, it’s the nature of the new story DC plans to tell that leaves a sour taste and confirms that the project is exactly what its detractors say it is.

Because Before Watchmen is a prequel, offering additional background and filling in the blanks left in the original series. This may sound reasonable enough, but only if you haven’t read Watchmen.

Moore and artist Dave Gibbons’ original graphic novel has the legendary status it does for many reasons – its redefinition of a genre, its memorable characters and its laser-targeted Cold War commentary. But another reason is its clockwork-like plot – each character’s background is meticulously set out, intersecting with one another at key points and adding up to a multi-layered, satisfying story.

In other words, there is no meaningful extra background to be offered, and there are no blanks to fill in. Even Gibbons says in the press release:

“the original series of Watchmen is the complete story that Alan Moore and I wanted to tell”.

I understand DC’s dilemma, commercially. They can’t publish a sequel to the story, because it would be so radically different to the original. It would have to be – characters’ trajectories are hugely altered by the end of Watchmen, some terminally. So you’d have to come up with a whole new story, including new characters, and a new creative vision of what the world of Watchmen might be like 25 years on.

But if you do that you don’t have Rorschach, Dr Manhattan, Nite Owl and the rest in their familiar milieu, with their familiar costumes, which casual fans are familiar with from the film and might be interested in paying money for.

And that’s the problem – this isn’t about someone having a great idea for a Watchmen story and being allowed to tell it. It’s about sweating properties. “We own this Rorschach character; what’s he done for us lately? How have we developed him as a going concern? Where are the new merchandising opportunities for him?”

(All of which would be less galling were it not for the fact that the original Watchmen contains a lengthy text piece skewering development and marketing of super-hero properties).

DC’s argument (implied apologetically in that triumph of a press release) is: how is that different from all our other characters? How many people have written Batman over the years? We own the characters! This is how this industry works!

And the answer is: because no Batman comic has ever been on TIME‘s 100 greatest novels of the 20th century list (that’s novels, not graphic novels), or equivalent.

Watchmen’s achievement was that it transcended comics. Many people who’ve never read another super-hero comic have read it and admired it for the towering literary achievement it is. And I don’t think it’s unfair to suggest that different rules come into play. Sometimes, something is just special and should be allowed to stand alone, without being watered down and re-hashed. Frankly, Watchmen‘s been re-hashed enough in the last 25 years’ worth of super-hero comics as it is.

I’m sure Before Watchmen (which will be three times as long as the series it is acting as a prequel to) will be nicely written and drawn. DC has enlisted top creators to work on it. If someone had to write a new Rorschach series, better that it’s Brian Azzarello than someone with no talent.

But its existence highlights how little chance there is of DC ever getting another graphic novel into any sort of mainstream literary Top 100 list – because it shows, yet again, that they regard the intellectual property as everything, the actual creative work and the creator as unimportant. 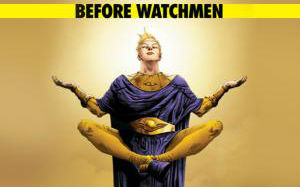 Watchmen is work of genius because Alan Moore is a maverick genius. There are no other reasons. His scornful response to the news of the prequel was that DC is “still apparently dependent on ideas I had 25 years ago”. And, in typical style, he’s got the heart of my negative feelings about Before Watchmen.

Because they aren’t based on any kind of outrage on behalf of Moore. The original Watchmen was work for hire; he’s never owned it or the characters. DC has offered him many opportunities to write a prequel, or sequel, or whatever he wanted, which he’s turned down.

The problem, as Moore articulates so pitilessly, is that DC’s approach is regressive, about protecting commercial assets, rather than about fostering new creativity or attempting to produce something else as game-changing for the industry as Watchmen was 25 years ago.

DC’s investment in Before Watchmen would be better used in taking a chance on some other genius with an unrelated project to pitch. But what we’ll get instead is diminishing returns that leave a massive doubt over the company’s remaining ability or desire to push its medium forward creatively.

Brett White: In defence of Before Watchmen