You are here: Home / Film + TV / Back to the Future gadgets we’re still waiting for 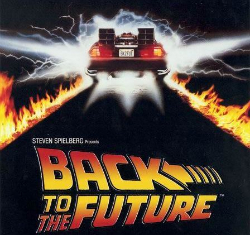 This year is the 25th anniversary of Back To The Future, which makes me feel both nostalgic and really, really old. The trilogy of movies has been re-released in a Blu-Ray box set, with some extra never-seen-before scenes in the features.

Back To The Future 2 partly takes place in 2015, which I guess would have been considered futuristic back in the 80s. Considering it’s set only five years away, it’s amusing to see how little we’ve advanced in certain areas. Time-travelling cars have always been a little far out of the realms of reality, but a hover car? Is that really so impossible? Science Fiction films and comics have described floating transport for decades, so it’s somewhat surprising that more effort hasn’t been put into making the dream a reality. I’m sure Clarkson and co would love a spin round the track in a flying car.

What about the other gadgets in the Back To The Future trilogy?

Marty discovered his hoverboard had its limitations when he tried to fly over a pond, but here in 2010 we’re still grappling with the concept of a floating skateboard.

Clothes that automatically fit to your body shape and laces that tie themselves up? A lazy lady’s dream.

Pop a teeny tiny mini-pizza into the Hydrator (like a space age microwave) and 10 seconds later you’ll get a full size piping hot doughy delight. Instant hot junk food? Probably not ideal for a nation battling obesity, but I’d buy it.

What gadget would you like to have seen invented in real life?