You are here: Home / Gadgetry / Move over Scalextric, Real FX is the future of home racing 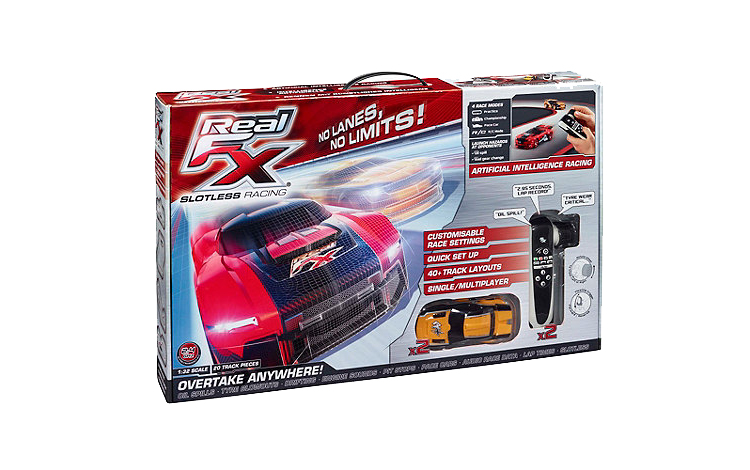 Move over Scalextric, the future of driving cars around your living comes in the shape of Real FX Racing – which is another Kickstarter success. If you can imagine a tiny radio controlled car, with excellent steering and speed, crossed with the fun of Scalextric, you’ve pretty much got it.

So what set’s it apart? Real FX’s key USP is a ‘magic’ track that uses sensors to create invisible walls, stopping the cars zooming off, just like the rails of a Scalextric set. If you go too fast, yes you do still spin off – yes, the sense of danger is still there. It’s a weird sensation having the track control your car without any rails, but that all helps to increase the magic of the technology.

The track is made up of inter-changeable pieces of shiny card, so you can create any shape you want. You might think that the track feels a bit lightweight, and maybe a touch flimsy, but it worked fine on a textured rug, so a hard surface is not a requirement. 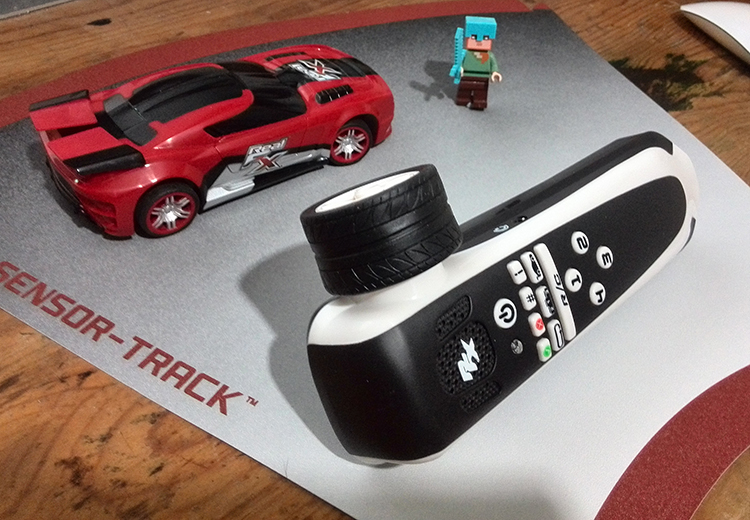 The handset and car on a section of track – LEGO man for scale!

While all this sounds great, and it is, the best thing about this ‘magic’ track is that you can turn the sensors off. If you go into Professional Mode, suddenly, you’re fully in control: no rails, no invisible walls to guide you, just pure driving skill keeping you on course. It sounds too good to be true, and next to impossible to manage, but the controls on the cars are so good it really does work. 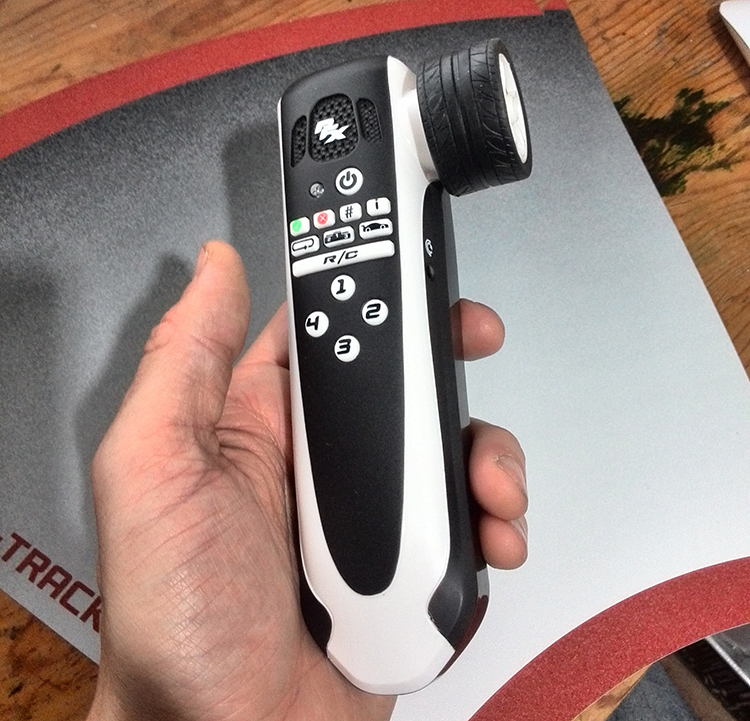 It’s a good size – maybe too big for little kids, and the many buttons are a touch complicated.

There are a couple of things to bear in mind: first, Real FX Racing is not to be played with on a table, especially when younger hands are on the controls (and the controls are a touch big for tiny digits!). You really don’t want to run the risk of breaking your shiny new cars as they whizz off the track into the unknown, like Thelma and Louise.

Second, I found the instructions and mode settings – quite cleverly digitised and spoken to you through the handset – occasionally confusing. This was most obvious in working between professional mode and amateur (where the track aids your driving). It took me a while to understand what that all meant, and how to access modes, particularly with two players.

However, once I’d got used to this, there was a true thrill to having two cars looping the circuits, overtaking from left to right like real cars. It beats Scalextric hands down in that respect. This really is much more like a radio controlled car circuit, and so allows you to use cunning to beat an opponent, not just speed.

I promise you, before long you won’t need the track’s help to stay on course, and the buzz of staying ‘on course’ is immense. 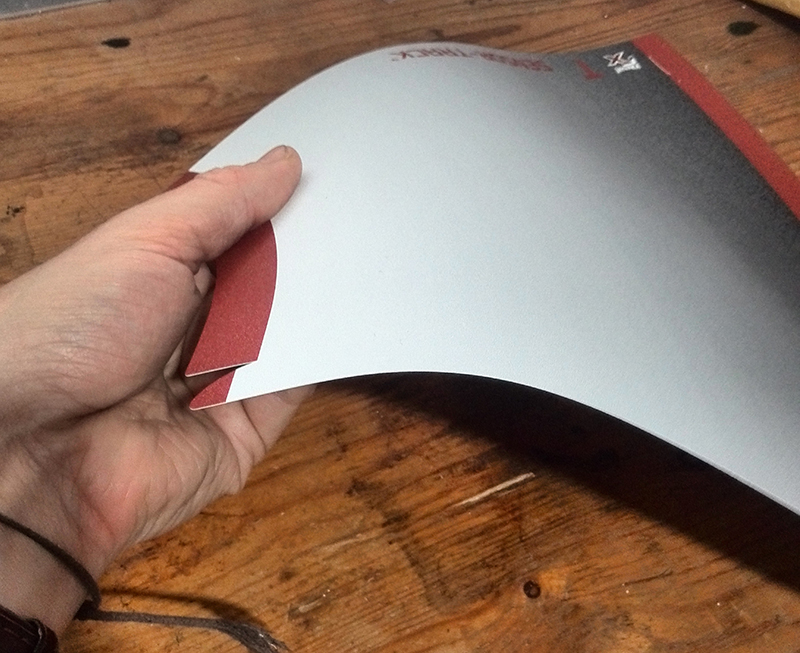 The track’s a bit flimsy. I’d worry about it getting creases, though I’m sure the cars would like a few ramps.

So, what could be better? A different choice of period cars would be nice, and also rechargeable models would be a next step up, as you’ll burn through those batteries. Also, it will be hard to prise the controls from your kids, but let’s be honest, anything that keeps them quiet and works on their hand-eye co-ordination has to be a good thing, right?

So yes, a massive thumbs-up from me. Isn’t technology brilliant?! 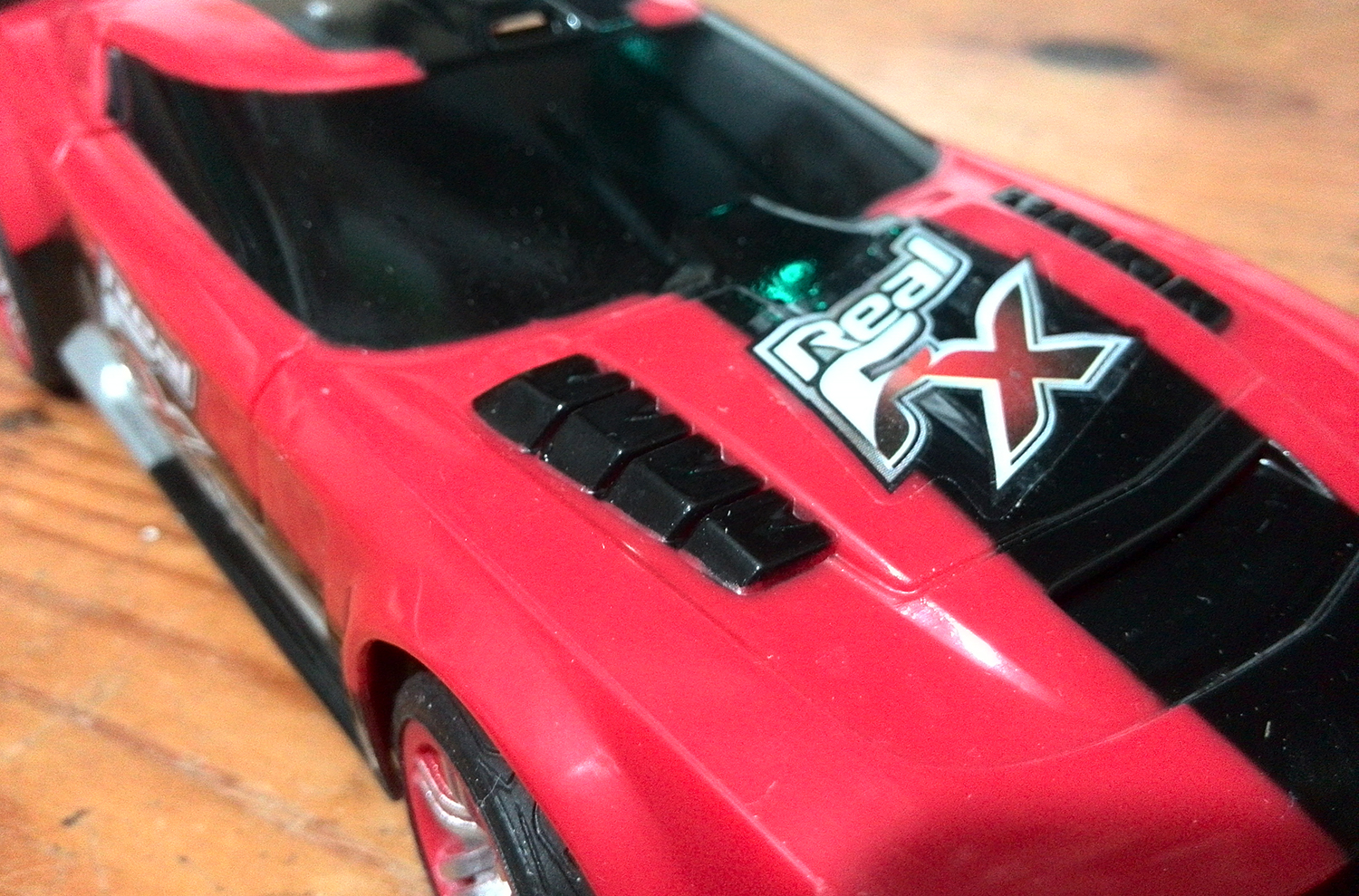 It really is very cool. And you can even plug the handset into a speaker to amplify the sound!