You are here: Home / Archives for Jimmy Carr 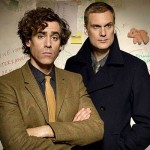 In December 2010, back when the What We've Been Watching column was in its toddling infancy, I wrote a word or two about the pilot episode of Dirk Gently, BBC Four's adaptation of the Douglas Adams detective series of the same name. The verdict was a tentative thumbs-up back then -- but how's the … END_OF_DOCUMENT_TOKEN_TO_BE_REPLACED 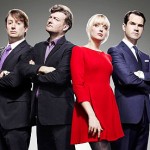 When UK television has tried to do uber-topical comedy in recent times, the tendency has been towards easy jokes rather than tackling the issues, with a much greater emphasis on the 'comedy' bit than the 'topical' (the well-intentioned but ultimately rubbish Tonightly is a good case in point). So … END_OF_DOCUMENT_TOKEN_TO_BE_REPLACED