You are here: Home / Archives for Sightseers 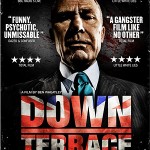 He may only have four films under his belt, but Essex-born director Ben Wheatley is fast becoming a force to be reckoned with in British cinema. Last Friday, he released his new film A Field In England on several platforms simultaneously (premiering in both cinema and on Film4's TV channel). With … END_OF_DOCUMENT_TOKEN_TO_BE_REPLACED