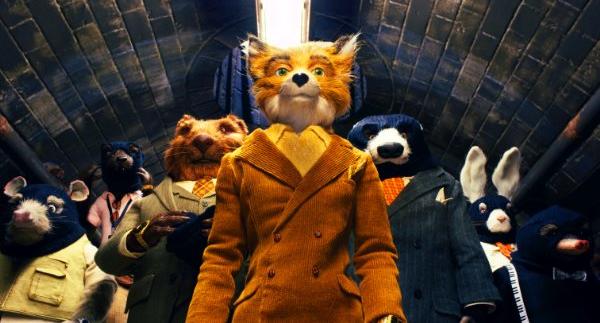 Do you remember making mixtapes? I used to spend hours and hours perfecting playlists so each song led on to the next, designing the cover and working out what songs would fit exactly into the gap at the end of each side so nothing was cut off. It was boring and time consuming but totally worth it because you ended up with this amazing tape that you’d listen to until it got worn out and wouldn’t play any more.

Those quirky-jerky movements give the film a level of charm that polished stop motions like Coraline can only dream of. And the fur, which sometimes jumps and moves of its own accord, is like the satisfying lo-fi scratchiness of a record player vs. the boring clean sound of a CD.

There’s more to it than the animation, of course, and whether you’re a fan of Anderson’s previous work or not, you’re likely to enjoy the film. George Clooney is aptly suave voicing the title role and there are brilliantly silly moments that will tickle funny bones of all ages.

I won’t say it’s the perfect film – the latest additions to the story are a little bit weak, and some of the new characters are pretty unnecessary. But as an overall package, it’s a clever, beautiful, silly, lovely film and I highly recommend it.

Book cinema tickets or reserve the DVD on LoveFilm