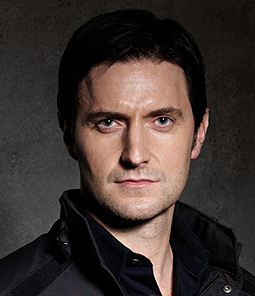 The end of the series is poking over the horizon in Spooks, so it’s time to yank tightly on that Lucas subplot that’s been bubbling under the whole time. As our rugged hero acts steadily more unhinged to keep his secrets, the rest of the team get on with the dull task of protecting the nation and stuff.

More importantly, an old character returns! I’ll refrain from spoiling it here, although I probably will by the time this review is over. Still, these sound like the ingredients for a good episode, don’t they?

No Wonder Lucas Is Confused

So, we know Lucas used to be called “John”, right? And he has some kind of secret, which might be that he’s now an MI5 spy called “Lucas North” or something else entirely, but he’s determined that Maya doesn’t find out. This bloke Vaughn, working for some mysterious entity, is holding that over him to retrieve the Albany file, whatever that is.

In short, considering this plotline has been going on since the very first episode of the series, we don’t have much idea what’s going on. I can well believe that we’re headed for a two-parter to wrap this mess up, since most of next week will probably be given over to that web of questions.

Maybe they could’ve started the big plotline a bit later? It has seemed a bit incremental at a few points, but at least we’re at top speed now.

Oh, the actual episode? Sorry, I got a bit distracted, which is sad, as it’s also one of the more interesting main plotlines as well. Our heroes are under constant surveillance, forced to act like they’re in a rubbish daytime soap in order to fool the enemy. Oh, and the world’s least convincing programmer/cryptographer must be protected at all costs.

More importantly, Malcolm is back! Our favourite retired dude has a pivotal role, and owns the episode in many ways. You’ll see. I do hope they didn’t bring him back to die, and also that he somehow gets to make Tariq look stupid.

So yes, despite my playful mockery, I thought this was a great one. Took us a while to get here, but we’re firing on all cylinders. Top-speed ridiculousness with a dead straight face: this is why I watch Spooks. Watch it on iPlayer, tell me I’m right, join me next week for the first part of a series finale.