You are here: Home / Archives for Doctor Who Missing Episodes 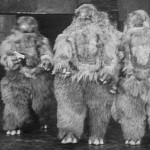 The Web of Fear, the second of the now-recovered Doctor Who serials, is probably better known as "the one with the Yetis on the Underground". And although Yetis running amok on the Circle Line is an exciting prospect in itself, there's also the first appearance of one Brigadier … END_OF_DOCUMENT_TOKEN_TO_BE_REPLACED 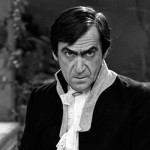 Doctor Who fans rejoice! It's a good week to be a Whovian, as no less than nine previously missing episodes have been found and returned to the BBC archives. Both Patrick Troughton-era serials, The Enemy of The World (now complete) and The Web of Fear (only missing episode 3) have been restored and … END_OF_DOCUMENT_TOKEN_TO_BE_REPLACED