You are here: Home / Featured / 10 Reasons why Fringe is one of the best genre shows of the past 10 years 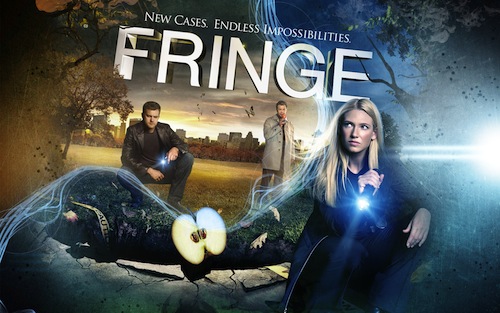 After five seasons, sci-fi drama Fringe has come to an end. I’m writing this before watching the double-episode finale so I can get my thoughts down without them being tainted by the murky filter of ‘how it ended’.

I have been banging on about how Fringe is a genuinely entertaining, intelligent and downright fun slab of TV goodness for years now, but I’ve never committed to explaining exactly why I thought that (other than the slightly unconvincing “because it just is!”). So here’s my personal ten reasons why I love it so much.

If you’re a fan of the show I hope you find something in here to agree with, and if you haven’t seen it yet (fair warning: this article contains a few, minor spoilers) then I hope this might persuade you to go pick up a DVD or two. I promise you won’t be disappointed.

Why I love Fringe

1) Fantastic monsters-of-the-week: It’s far too common for series which have to produce a fresh set of freaks and boogy men each week to find themselves scraping the bottom of the barrel before the end of the first season.

But Fringe set the bar early on with giant mutant porcupines, and them moved on to genetically enhanced griffins and a lizard-wasp-bat hybrid. And they didn’t stop at CGI beasties, Fringe has always had a strong, character-led mystery/horror element to it and has managed to serve up a menagerie of supercharged serial killers, multi-dimensional shapeshifters, suspected spontaneous combustions, and telekinetic kids to keep the Fringe team busy over the years.

I have too many favourites to mention but the synopsis of Episode 11 of Series two should give you a good idea of the sheer brilliance of the show’s oddball themes:

“A teenage girl awakens after an incident leaves her brain-dead… but she now starts reciting submarine launch codes in Russian.”

If you dont’ want to go and watch that episode right away then you’re dead inside. 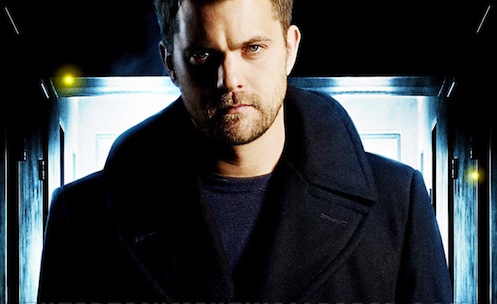 2) 3) and 4) – Anna Torv, Pacey and John Noble: Okay, I’m cheating a bit here by treating ‘the cast’ as three separate reasons for greatness, but honestly they all play an equally important role in making Fringe the show it is, and together they definitely create something greater than the sum of their parts .

Lots of Fringe viewers were a little unsure about Anna Torv to begin with. The pilot episode didn’t do her many favours by putting her in a slightly sappy relationship with a fellow FBI agent, and the character of Olivia Dunham was a tad frosty and insular, so warming to her was always going to be a slow burn. But thankfully the producers didn’t attempt to short cut the process by forcing Torv to run around in her pants, machine-gunning down aliens while cracking one-liners; instead they let Torv slowly bring the character to life and by the end of season one she had us all wrapped around her little finger.

By ‘Pacey’ of course I mean Joshua Jackson. But as someone who went to university in the late 90s, it’s almost impossible for me to think of him as anything other than Pacey.

Maybe Jackson’s biggest success is that no one watches Fringe and expects James Van Der Beek to stroll on and start sobbing about his love for Joey. Despite playing what is arguably the least interesting of the three leads in Fringe, Jackson pulls off conflicted, moody and smart without ever descending into maudlin and cocky; and his on-screen relationship with John Noble is one of the best father-son TV double acts in recent memory.

Speaking of John Noble… what a brilliant character actor this man is. You might know him as Denethor in Lord of the Rings, or ‘that Russian bloke’ in Season six of 24; but it is Fringe that has given him the room to display his brilliance with one of the best Mad Scientist’ parts ever written for the screen.

The ‘dotty older guy who is brilliant but unreliable and sometimes just plain weird’ is a staple of SF telly; but it’s bloody hard to get right. I remember forcing myself to watch three episodes of Warehouse 13, and watching the usually brilliant Saul Rubinek struggle with a similar role. I just wanted to slap him after the first ten minutes.

But Walter Bishop is a far more complex and intriguing character than most. His foibles, his fragility, his addiction to pharmaceuticals and confectionary, his occasional nudity, his love of music, and every other subtle fragment of his personality built up over the years by Noble himself alongside the show’s writer, has created a truly unique and memorable TV character. I desperately want someone to create a set of Walter Bishop action figures so I can collect them all. That’s how good he is.

5) ‘Over There’ – At the end of Season One Fringe introduced its alternate universe, a slightly tweaked version of our world with more zeppelins, less coffee and a different coloured Statue of Liberty. It also played home to alternate versions of the Fringe team, including the undoubtedly saner, but also ruthless and cruel ‘Walternate’; and the more playful, relaxed and generally more kick-ass ‘Fauxlivia’. The latter lets Anna Torv have a bit of fun while showing just how versatile an actress she is, while the former creates a whole new dramatic centre for the series and leads to some truly gripping story lines that gave Fringe some serious momentum for the next four series.

6) The ‘weird’ 19th episodes – Towards the end of each series the writers of Fringe let themselves go a little bit nuts and produce their equivalent of The Simpon’s ‘Treehouse of Horror’ episodes.

They’ve produced ‘Brown Betty’ a fanciful slice of noir detective fiction with a sprinkling of musical theatre; the amazing ‘Lysergic Acid Diethylamide’ in which Leonard Nimoy inhabited Anna Torv’s body and most of the action happened in cartoon form; the slightly-less-bonkers but intriguing ‘Letters in Transit’ set in 2036; and the ninth episode of the most recent season (not the 19th as it’s only 12 episodes long) , which featured a fantastic Gilliam-esque animated sequence triggered by Walter’s extended use of hallucinogenics.

These episodes release a bit of tension, allow the writers to experiment, and lets the main story arc take a break, meaning there’s less need for any of that nasty narrative padding that afflicts so many US series that have to produce 20-odd episodes per season. 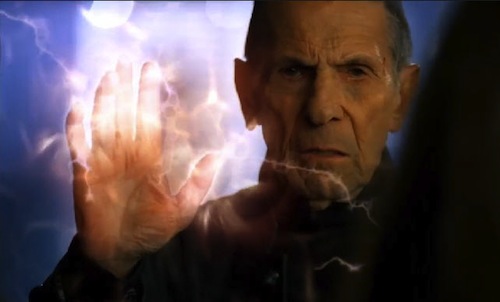 It’s a cracking role and Nimoy played it note-perfect. The only shame is Nimoy only appeared in a handful of episodes. But, as they say on Vulcan: a handful of Spock is better than no Spock at all.

8) A will-they-won’t-they storyline that didn’t suck: Fringe fans always knew Olivia and Peter would end up in bed together, we just prayed that it wouldn’t ruin the show’s dynamic. It’s happened so many times before, from Moonlighting, to Cheers, to Fringe’s closest relative The X-Files, that it was hard not to dread the moment the unresolved sexual tension resolved itself.

But Fringe handled it as deftly as they handled most of the emotional threads within the show: hold the cheese, go easy on the sweetener, and make damn sure that whatever happened it propelled the story forward.

9) Its themes: Fringe has never been afraid to tackle themes that might seem a little out of its ‘Weekly SF show with a couple of monsters and some pretty stars’ league.

The wonders of technology and science, and the arrogance of those who wield their powers has featured heavily from series one; as has the idea that our reality is far more fragile that we might think. That ties in with the show’s fascination with questions of identity, personality and memory, questions that the show might have asked in a slightly messy and woolly way at times, but at least it asked them.

And then of course there are its insistences on the persistence of hope and humanity and our ability to effect what awaits us. When you write that down it may sound trite, cheesy even. But when you wrap them all up in stories that also involve giant mutant porcupines, then you get something pretty special.

10) Everything doesn’t rest on the ending: J.J. Abrams is co-creator, writer, and executive producer on Fringe, he also had a bit of a hand in that other TV series, Lost. Now I’m not going to delve into a big ‘Lost versus Fringe’ argument now (mainly because they are two quite different entities), but I will say that Fringe has done itself no end of favours by ensuring that the show’s integrity doesn’t rest on what happens in those final two episodes.

Of course I’ll be holding my breath, hoping it wraps things up in a smart, funny, dramatic and ultimately satisfying way. We want that from all the TV we invest ourselves in.

But, like I said, I’m writing this before watching the culmination, and I know that whatever happens I will still love this show, because it’s already proven itself to me as a consistently entertaining, fun, witty and interesting show that succeeded in its ambitions more than it failed, and which gave me a seriously enjoyable hour of ‘other-worldliness’ in my week.