You are here: Home / Film + TV / Filthy Cities and Campus: What We’ve Been Watching 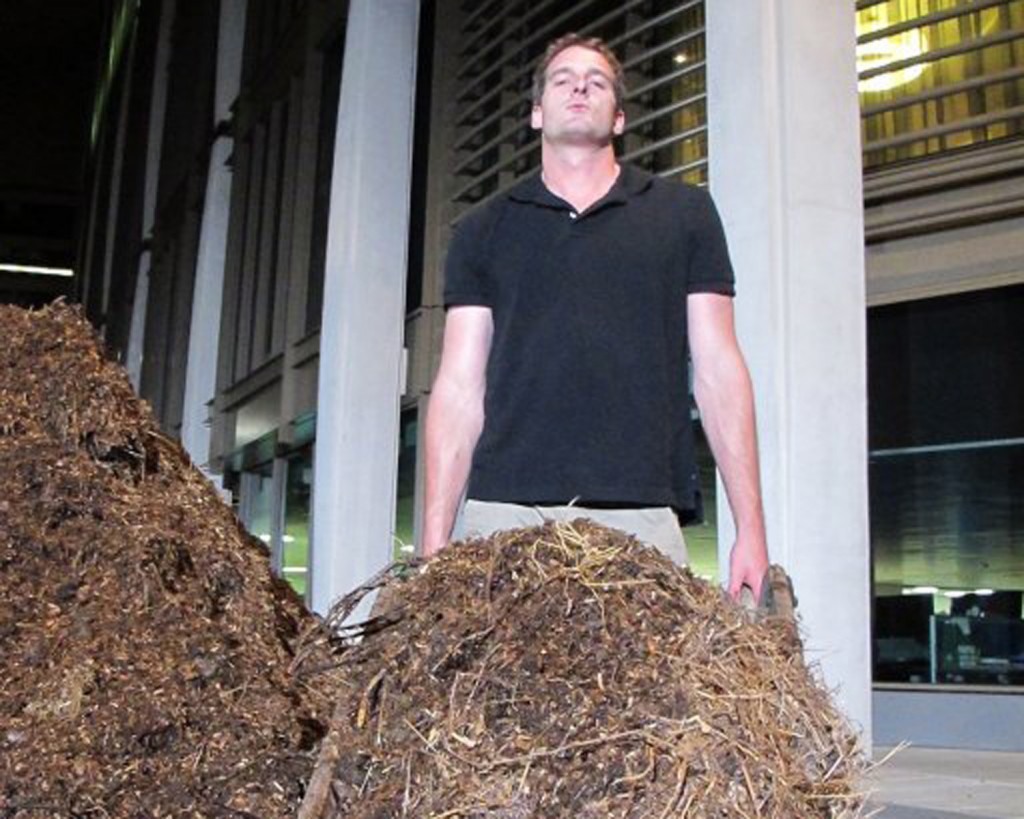 When I was little, I remember there being a craze for scratch and sniff cards to go along with TV programmes. A very short one, admittedly, but a craze nonetheless. It was exciting (for a seven year old), but I have to say, I didn’t expect to see it come back… especially not with a show like Filthy Cities, which, it appears, is actually for *adults*…

Why not scratch and sniff Chelsea Flower Show?

But yes, it’s back! 10 minutes into the programme, a little icon came up on the screen, inviting the viewer to get scratching, and indeed sniffing. I didn’t have a card though. I’ll admit it, I felt quite left out…

Gimmicks aside though, the whole premise of the show is pretty odd. Essentially it’s just Dan Snow telling us — often, and in various ways — that Medieval London was a dirty old city. He’s quite hyperbolic about it, predicting, I suspect, the natural reaction: “yeah, I kinda assumed it was.”

He speaks of “rivers of animal guts” and “mountains of excrement”. And it was like this “all day every day!” he stresses. You wonder how anyone managed to heave their front door open of a morning against the mound of unmentionable filth backing up against it.

Ever intrepid, of course, Dan eschews the theory and decides to create his own street crap, mixing mud, dung, animal entrails, beer and urine like a messed-up Heston Blumenthal.

He visits a modern-day sewage works too, tries his hand at some surprisingly graphic butchery, helps out the local bin men, and clears up a pile of horse manure that’d been helpfully dropped in front of him by a fork-lift truck just moments earlier. The phrase “willing to get his hands dirty” really doesn’t do him justice.

Game as Dan Snow undoubtedly is though, and no matter how well-researched and solid the history on which its based, the fundamental problem with this documentary is simply that it’s hard to be gripped by the subject matter. “What was the Medieval  mindset like when it came to dealing with poo?” Dan asked. “Does anyone care?” I wondered…

But then, I never entirely got my head around Smack The Pony or Green Wing either.

There were a couple of lines that made me giggle out loud in this first episode (“reared up like a porpoise” is a corker) and I really liked some of the performances — particularly Joseph Millson as a rakish womaniser heading up the English department and Lisa Jackson as the timid object of his affections — but it all felt just a little cold.

And one of the central characters, Vice Chancellor Jonty de Wolfe, is so irredeemably unlikeable that I was genuinely tempted to skip his scenes. He has a bizarre, almost other-worldly side (fitting, seeing as though he’s played by the co-creator of several Derren Brown shows, Andy Nyman), which I think is intended to render him too ridiculous to dislike. But I really do dislike him.