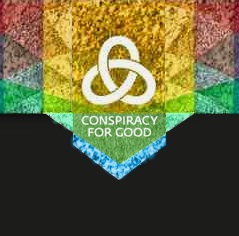 The weekend before last saw the first live action instalment of Nokia-backed augmented reality game Conspiracy For Good. The brainchild of Heroes creator Tim Kring, it’s an umbrella project harnessing the power of technology and gaming that is as much about pushing the boundaries of interactive means of gameplay as it is an attempt to benefit disparate charities.

The gathering on Saturday by London’s Traitor’s Gate partly referenced volunteer efforts to clean up the river Thames, while on Saturday 24th July a further instalment of the adventure was prefaced by members donating new toys to charity Kids’ Company for donation at Christmas.

This first instalment saw existing Unmembers and newcomers come together to track ‘armed and dangerous’ hostage Nazirah along the Thames and help her evade capture on route to a safe house elsewhere in the city. Taking part was a matter of registering at the site and turning up on the day.

Kring himself took part in the action along with his son and was curious to learn first-hand from participants how they found the experience. Despite a few issues with delivery of the video footage – waiting around for the clip to buffer and then missing the important parts of the directions – there’s a lot to be said for the point-the-cameraphone, scan-the-tagged-item, view-the-video-clue and set-off-for-the-next-one format.

The Conspiracy For Good underground movement first came to light in May last year when the then-undisclosed organisation began to make a series of revelations about private security firm Blackwell Briggs’ government remit to minitor citizens by networking the capital’s CCTV cameras. 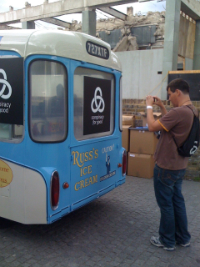 Communicating via secret forums at iamnotamember.com, activists aghast at the privacy implications of Blackwell Briggs’ endeavours sought to expose their plans. Counter measures saw a number of high profile figures forced into public denial of membership of the unnamed pressure group, with the likes of Joss Stone and Ringo Starr making unwelcome appearances on The Pirate Bay.

The Unmember organisation was forced to regroup, re-emerging in spring 2010 under the guise Conspiracy For Good. The direct action group with laudable aims had arrived.

The game elements of Conspiracy For Good are played out via a series of websites and forums where secret messages are left as ‘drops’ for the next message. A similar premise is used for the live action version.

Nokia mobile phones with augmented reality video overlays were able to pick up predefined clues and video messages hidden in plaques and messageboards around London. By aiming the phone’s video scanning sensor at a tagged symbol or other trigger object, the Unmember was able to unlock the next clue and watch a video message detailing the pursuit by Blackwell Briggs. 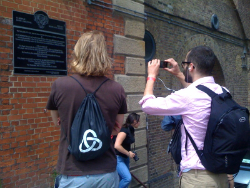 Following the trail was not without risk. Supporters had tagged parts of London with Conspiracy For Good symbols and anyone caught apparently following the trail was liable to apprehension by security personnel. We were apprehended on more than one occasion and narrowly escaped having our handsets confiscated. Unlike some of our more experienced co-conspirators, we weren’t able to sneakily take snapshots of the surveillance team and share their mugshots as a warning to others.

Luckily, we were able to talk our way out of the situation and double-back to the temporary safe house that had been set up. Here, we became initiates in the Conspiracy For Good movement. I can’t tell you more since shortly afterwards the safe house was stormed and we were subject to a gunpoint interrogation before being flung out on our ear.

How to get involved

If you want to know more you’ll have to head to conspiracyforgood.com and learn where to assemble for next week’s instalment.