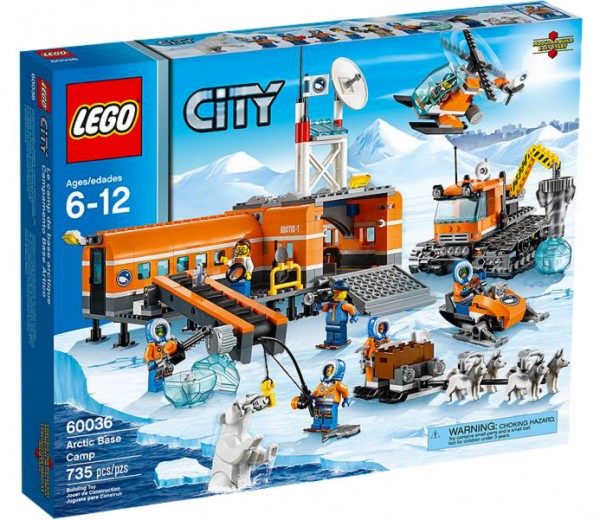 Continuing the theme of bright LEGO sets, the Arctic City LEGO has arrived. In super strong oranges and blues, these snow-themed kits are bold and appealing.

Marry that with the fact that they’re all about exploration and adventure on the frozen wastes, and how can you fail?
Taking big and muscular vehicles as their core, and with a mining/exploration theme, there’s a lot of fun to be had here. Check out the Arctic Icebreaker and the Arctic Supply Plane sets in particular. They look really beefy and ready for action, and best of all, they have excellent little snowy extras to bring colour to the world. 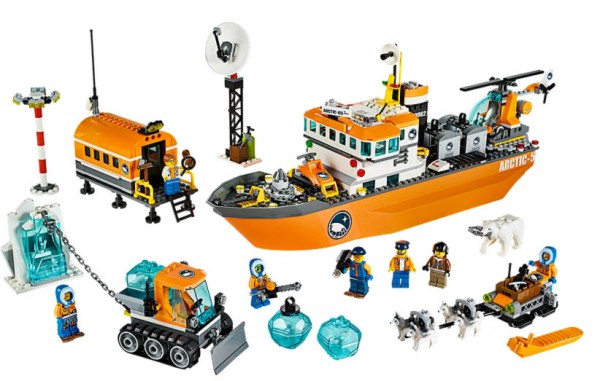 The icebreaker set comes with huskies! 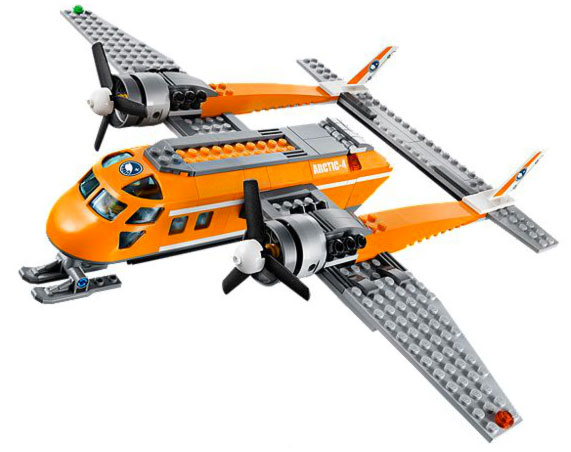 Speaking of those extras, With the Arctic Base Camp set alone, you get a mining station, drilling unit, helicopter, snowmobile, polar bear and even a husky sled, and I do believe there are some girl minifigs amongst the parka-clad crew.

On a positive note, the minifigs appear quite unisex in their goggles and hoods, so the man bias doesn’t appear too prevalent – even though it’s about 5:1 in reality. 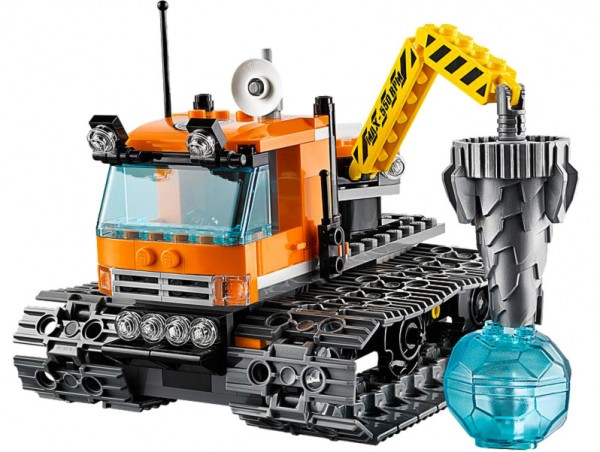 Just one of the extra vehicles in the Arctic Base Camp set.

Despite this gender bias, as ever with Dork Adore’s LEGO adventures, I like to try the kits out on my 4.5-year-old daughter, and I’m devastated to say that she managed to build the Arctic Snowmobile set utterly unaided.
Yes, there was pride in it being her first ever solo-built LEGO set, but there was also a sense of utter loss at the fact I now have a real fight on my hands to get a go with the bricks. GAH! A great place to start with a young child, though. 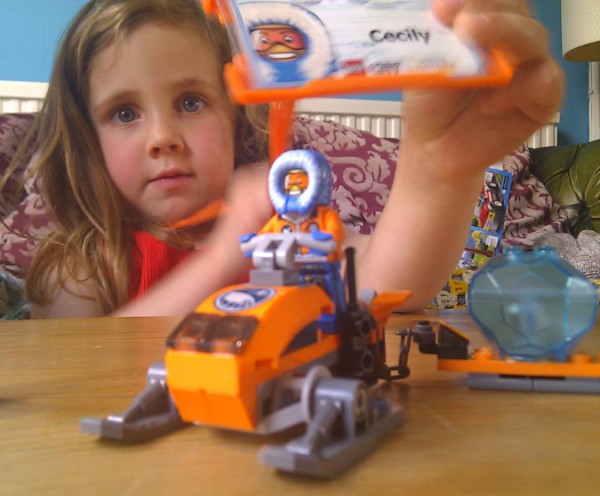 We haven’t taken these lanyards off for days…

The new sets were launched at the lovely National Geographic Store in London’s West End, in partnership National Geographic Kids magazine. If you like snow and adventure, LEGO is running an ace competition to design a piece of arctic equipment. If you have any young budding explorers in your family, it’s definitely worth a go as the prizes are amazing. I only wish I could enter! Check it out here! (Incidentally, National Geographic Kids has a brilliant comic strip each issue by friend of Dork Adore, the awesome Gary Northfield, so it’s well worth reading!) 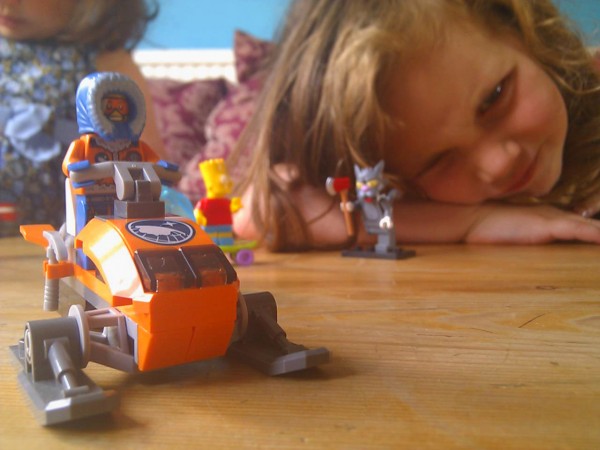 Watch it Bart, Scratchy’s on your tail!