You are here: Home / Archives for Edgar Wright 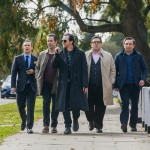 In a cinematic summer that seems hell-bent on destroying Hollywood, Hong Kong and even the entire planet Earth, spare a thought for the citizens of Newton Haven. It might be a fictional village, but something rather nasty is happening to it... Closing off the loosely-connected Cornetto Trilogy … END_OF_DOCUMENT_TOKEN_TO_BE_REPLACED

In upcoming movie Attack The Block, aliens are invading London. If they hit the Kent-ish suburbs where I lurk, they’d be able to march cheerily from house to house, licking stray people out of the back of their rooms. Fortunately for the nacho/guacamole industry, they are hitting a South London … END_OF_DOCUMENT_TOKEN_TO_BE_REPLACED 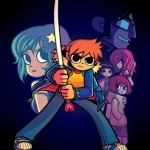 Scott Pilgrim, the Canadian-manga series by Bryan Lee O’Malley, has been the independent comics success story of recent years. From the first volume in 2004, momentum has steadily built until the sixth and last book in the series was released to an eager public last week. Midnight openings, huge … END_OF_DOCUMENT_TOKEN_TO_BE_REPLACED 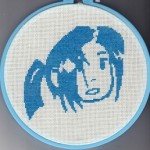 Scott Pilgrim, everyone's favourite happy-go-lucky 20-something comic book hero, will soon be with us again. The sixth and final book -- Scott Pilgrim's Finest Hour -- is out on the 20th July. Meanwhile, Edgar Wright's movie -- Scott Pilgrim Vs The World -- will be released on 13th August. The … END_OF_DOCUMENT_TOKEN_TO_BE_REPLACED