It’s July! Time to get your bags packed, your tickets ready and the Factor 50 (if you’re me) on tap. If you’re headed to the beach this summer – or in fact anywhere you can afford to sit down and lose yourself in a book for a couple of hours, then I’ve got plenty of book recommendations for you.

If you’ve got any geeky beach read recommendations for us, leave yours in the comments! 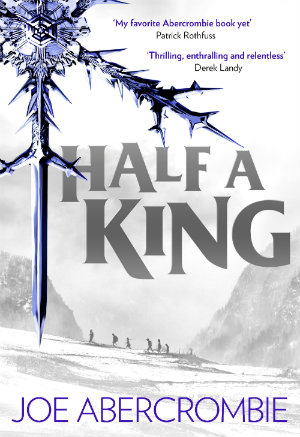 Half a King – Joe Abercrombie

Joe Abercrombie, author of the excellent The First Law series, has got a new one out just in time for the summer. Half a King, the first in the Shattered Sea trilogy, is his first foray in to Young Adult fiction – but it’s YA done Abercrombie style.

Half a King follows the story of Prince Yarvi, who has vowed to regain a throne he never wanted in the first place. Born with only one good hand, and considered a weakling in the eyes of his father, Yarvi has to survive the cruelty of the Shattered Sea – but he’s not doing it alone. With a band of misfits by his side, and a mind as sharp as any sword, he sets out on his dangerous mission.

Comedian Mitch Benn (of Mitch Benn and The Distractions, The Now Show and many other cool things) made his sci-fi/fantasy debut last year with Terra, a touching and enchanting novel about a human girl raised on an alien planet. If you rather liked Terra and fancy reading more of her adventures, sequel Terra’s World is out in about two weeks. Just enough time to pre-order the book and get it before you leave on holiday. And my guess is that you’ll want to read them back to back, because Terra’s world is so charming, you’ll want to never leave. Mitch Benn is not only a ridiculously funny comedian, he’s also a ridiculously talented novelist. 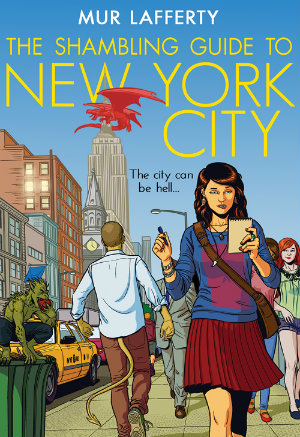 Travel writer Zoe Norris returns to her home town of New York City, in search of a job in publishing. After countless rejections, she finally finds one – only it happens to be at a publishing company that writes books for monsters (which are very real and roaming the streets).

Mur Lafferty’s Shambling Guides novels are an incredibly compulsive read. Prepare yourself to be emerged into Zoe Norris’s world for a very long time, because you will want to read these back to back. Twice. They’re THAT good.

An entirely different bag of crisps, but equally fun is Koko Takes a Holiday by Kieran Shea. Already praised by critics, it’s an adventurous and downright dirty joyride, plunging you into the world of brothel owner and ex-corporate mercenary Koko Martstellar, whose relaxed life is about to come to an end when it transpires that an old friend has sent a squad of security personnel to off her.

I mean, how awesome does this book sound? Yeah, thought so.

If you want to spend your holidays immersed in an absolute genre classic, then get your hands on the first of the Outlander books by Diana Gabaldon. Outlander – or Cross Stitch, as it’s called in the UK – is the story of Claire Randall, a nurse just back from the war in 1945 and on a second honeymoon with her husband in Scotland. But when she walks through a seemingly innocent stone circle in the Highlands, she travels back through time to 1743, where she’s caught in a violent skirmish.

The series contains eight books, so you’ll have plenty of reading material to last you well throughout the summer. And not to forget, Starz is bringing Outlander to the small screen this fall as well…