You are here: Home / Opinion / My Eyes! Four minutes on ChatRoulette 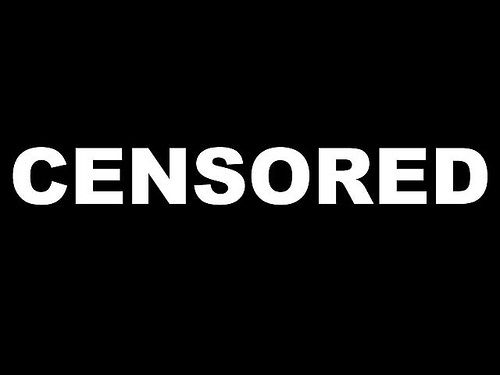 I went on it so you don’t have to.

1. A lady who had lost her clothes, but had distracted herself sufficiently, and in doing so, educated me regarding female anatomy in a way I hadn’t experienced since GCSE Science.

2. A man who had the camera trained on the rolls of fat round his stomach. It was a timely reminder to put down that biscuit.

3. A man who had the camera trained on his crotch. It was the neon green synthetic sports shorts (like the kind you used to have to wear in PE) that made this decidedly non-sexual.

4. A girl who looked disconcertingly like me, chewing on her fingernails in the exact same manner as I was doing at that moment.  Eek.

6. A naked man, except oddly, he had the camera trained at his chest. Maybe he only went for the Big Reveal with people he’d built up a relationship with. Sweet, really.

7. A man who looked like he might have been a very famous author, who I thought might have been interesting to talk to. I’m easily influenced by 60-year-olds with good haircuts and geek chic glasses.

8. A girl surrounded by smoke. I will forever now wonder if that was from a cigarette, or if I should have called the fire brigade. She seemed quite chilled, so I’m going to assume the former.

9. Someone who had the camera trained on the art on his wall. What a novel and yet somehow quite useless way of marketing your creations.

10. Someone else having a wank. I’m getting quite used to this now.

Things I have learnt: