You are here: Home / Featured / Six things about modern-day vampires that are better than Twilight 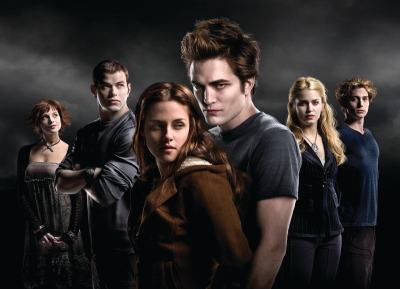 Twilight is not a good vampire story. This is mainly because it doesn’t have any vampires in it. They can go outside in the daytime. They glitter in sunlight. What you have there, people, is more of a murderous, blood-drinking pixie.

Here are six shows and films that are better than Twilight…

It only ran for six episodes on Channel 4, but Ultraviolet is still a definitive take on the modern vampire. Downbeat, menacing and claustrophobic, it starred Jack Davenport as a London police detective recruited by a shady group of vampire-hunters (including The Wire’s Idris Elba) with ties to both the government and the Catholic Church.

The clever, logical way the series thought through how vampires, with their traditional strengths and limitations, would operate in contemporary London, remains impressive ten years on. Not to mention their hunters – why use stakes when you can use assault rifles and carbon bullets? But its best trick was to make you think the vampires kind of had a point. A hated minority being hunted down by a Vatican-funded death squad, just trying to survive? They must be the good guys, right?

Businessman Nicolas Cage gets bitten by a Jennifer Beals-shaped vampire and starts going a little unhinged, in this little-known, alternately funny and disturbing film. He thinks he’s becoming one of the undead, starts avoiding sunlight and gets special ceramic fangs made so he can bite women in nightclubs. I find Nicolas Cage creepy and uncomfortable in most roles, but this part plays directly to those, uh, strengths.

Look, I preferred it to Buffy, okay? Angel spent most of its time snarkily undermining the heroics of its central character, had a nice line in moody philosophising and its middle three years essentially made up one massive, crazily apocalyptic storyline. Unexpectedly cancelled after five series, it went out with a rain-drenched, Blakes 7-style ending born of angry defiance.

After three films and a TV series, still nothing in the Blade oeuvre matches the first ten minutes of the first film, in which Wesley Snipes, armed with a shotgun, a sword and a black leather trenchcoat, slaughters an entire nightclub full of techno-loving vampires. Cheap thrills, yes, but they did make my 18-year-old boy-self think he was about to see the most kick-ass film of all time. It didn’t quite turn out that way, but the rest of the film does offer some great fight scenes, some nice mythology-building (sadly abandoned in favour of over-the-top insanity in later instalments) and the most surreal action hero one-liner ever. Apropos of nothing – “some motherfucker’s always trying to ice-skate uphill”.

Dude, it’s The Lost Boys. I don’t need to explain this. Although when checking Wikipedia to see when it was released, I discovered that a sequel has been greenlit, with the Kiefer Sutherland role taken by his brother,  Angus Sutherland. I am not making this up, but I really hope Wikipedia is. [Update: Looks like Lost Boys: The Tribe is already out on DVD with a third one on the way]

I’m watching at Channel 4 speed, so it’s early days, but so far I’m frustrated. It takes a great concept (vampires have revealed themselves to the world) and spends all its time in a small, cut-off town where the locals would probably be equally awestruck and intrigued if there was a sudden influx of Belgians. I mean, show me Chicago or New York now we all know the living dead are among us. Because things are probably kicking off. Well, maybe later in the series.