If like me, your Dad is a bit of a geek (let’s face it, most of them are responsible for our own nerdy obsessions) you might want to get them something a little different this Fathers’ Day.

Whether your Dad is a secret Trekkie, a Doctor Who fanatic, a Superhero on the weekend, or even Darth Vader in disguise, we’ve picked out some of the coolest gifts around that are guaranteed to put a smile on his face. Forget the socks, the ties, and the brandy – express your gratitude the geeky way. 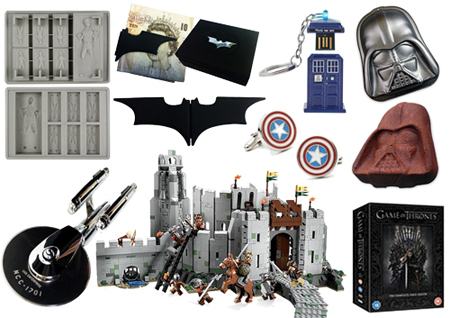 Game of Thrones: Season One £30 HMV

Amy is self-confessed soundtrack geek who loves Buffy, Doctor Who, Spaced, and any video game that involves killing zombies with a shotgun. She contributes to a number of fashion & celebrity sites in order to buy excessive amounts of offbeat movies and Japanese food; she's also addicted to stationery.