You are here: Home / Featured / How to buy the right laptop 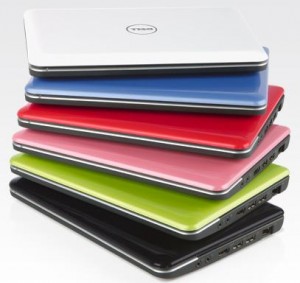 I started out my gadget career reviewing laptops for What Laptop magazine and while the specs may have changed beyond all recognition, knowing how to pick a good one is the same as it ever was.

Here are five simple rules to follow when choosing yourself a new notebook.

1. Look beyond the specs
Check out the latest top end processor, graphics cards and maximum RAM and memory. Bear those in mind when purchasing, but don’t be ruled by them. There’s a lot more to a laptop than its specs and going for the biggest “bang for buck” doesn’t necessarily make for a good purchase.

2. Read reviews
Laptops change regularly and if you want to be sure of getting a good one, you need to read the reviews. PC Pro and What Laptop take machines into their labs and run some serious benchmarking tests. Again, benchmarks aren’t the be-all and end-all, but they can be helpful if you’re stuck on your decision.

Consumer reviews are helpful too because they tend to pick up on things that techies may have missed. Plus, they are often based on long-term usage while professional reviews are done to a tight deadline.

3. Give it a good grope
If possible, you need to get your hands on a machine before you buy it. Here’s how you give it a good going over.

5. Buy on looks
Possibly contentious, but if you’re paying a lot of money for something, why on earth shouldn’t you expect it to be be beautiful?

If you want a pretty laptop, buy yourself a pretty laptop! Yes, you could probably get a super-power, high spec, processing beast for the same price, but if it looks like something still hankering for the good old days of the Cold War, why would you want it in your life?