You are here: Home / Featured / How the internet is *totally* changing punctuation 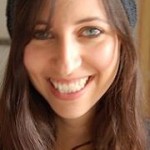 I noticed it a while back when I used to lurk on the Popbitch board in order to see human interaction taking place (it was a bit quiet in our office and Twitter was years away). Punctuation marks I’d not seen used before started appearing in people’s conversations, highlighting the moments when words changed from prose to quasi stage directions (*applauds*).

It’s almost as though, in order to communicate effectively in an environment where clarity of speech is pretty vital (unless you’re a troll), we’ve taken to exploring the outer reaches of our keyboards for redundant keys that can be put to use elsewhere. After all, not everyone wants to succumb to the constant lure of the emoticon 🙁

But I think with this change in punctuation comes a new and useful means of expression. The english language has always been adapted to keep it fit for purpose, and I wouldn’t be surprised if we started to see at least a few of the punctuation marks listed below appearing in the mainstream press in the coming years.

* Asterisks: Used in two ways. 1. Popbitch-style stage directions eg. *whispers*; *kills self*
2. Faux American teen emphasis on words eg. That’s *so* not the point; you *totally* missed out. Often used where italics would normally be used, but somehow *much* more expressive.

<> HTML tags. The greater than, less than signs can also be used to show stage directions like asterisks, , but I use them after a retweet on Twitter to add my own insightful commentary or opinion. Eg. RT @darika: check out these hilarious kittens > LOLS!! Other variations include >>, => and ~.

# Hash. Twitter regulars are already well-versed in the use of the hashtag to help file and categorise popular topics on Twitter. (By the way, in America, they sometimes call it the pound sign, which is confusing).

[] Square brackets. For some reason these don’t seem to have been used for stage directions. It’s like we all think Shakespeare’s not good enough. Instead, we use them to show that people should insert some hackneyed phrase or a survey-style sentence. Eg. At this point I would just like to say [insert lengthy rant]. Not exactly a new usage, but something that seems to have been taken up with [insert term of affection of choice] by the blogging community.

/ Forward slash. Thanks to its use in HTML coding, you’ll see this used when people want to express that they have finished something eg /rant. Also handy as a means of expressing what tone your piece should be read in eg /sarcasm. No one puts the <> tags round the words for fear of bringing down the whole internet with some invalid HTML.

So that’s my list of new punctuation. Let me know if there is anything I’ve missed off.